Controversial marriage counselor has launched a scathing attack on doctors who have been preaching against oral sex.
Counselor George Lutterodt claimed the high rate of divorce cases in the country are due to the misconception about oral sex being propagated by doctors.
RELATED STORY: Audio: Throat Cancer Alert! Use your fingers instead of tongue for sexual pleasure – Doctor advises
“These doctors should stop creating fear and panic! Marriages are collapsing because women are not allowing their husbands to l*ck them,” he stated.
The outspoken counselor made the comment while reacting to claims by an oral and maxillofacial surgeon at the Korle–Bu Teaching hospital, Dr. Papa Kwesi Blankson that oral sex can cause cancer.
He noted oral cancer is gradually becoming a public health concern as it is currently ranked at 6th to 8th commonest cancer.
READ: VIDEO: Captain Smart joins Adom TV’s Kyinkyinga party
Blankson explained that the location of the mouth is linked to vital organs and large vessels in the body and this makes the advance state of oral cancer complicated and difficult to deal with.
Reacting to this claim on Adom FM’s Morning Show, ‘Dwaso Nsem’ Friday, Counselor Lutterodt said the doctor is just creating fear and panic.
READ: TRENDING VIDEO: Boy runs in opposite direction in a relay race
In his view, the vagina is cleaner than the mouth therefore it will be very difficult for a man to get throat cancer from licking.
Counselor Lutterodt added that the clitoris is the most sensitive part of women thus needs to be stimulated properly before sexual intercourse. 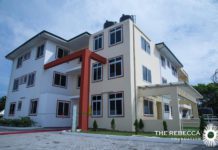 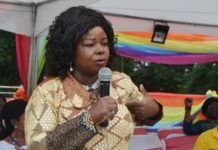 Ways to know if your symptoms might mean cancer