Black Chyna seen getting into a fight with someone that was yabbing her in Abuja. Nigerians and their mouth sha…. Respecting people is dead.

American model and reality television star, Blac Chyna’s visit to Abuja on Saturday may not have gone down so well as she nearly got into a fist fight with the promoters of the event she attended.

The stripper whose visit to Nigeria has been riddled with controversy from the moment it was announced allegedly failed to spend enough time at the Abuja party and was accosted by the promoters when she tried to leave.

Sources say Blac Chyna came in late, stayed 30 mins, got drunk and tried to leave. In the video , she is seen pushing off a lady who allegedly insulted her. She was however protected by her police escort. 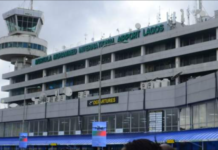 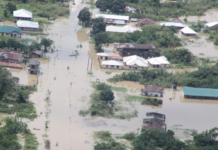 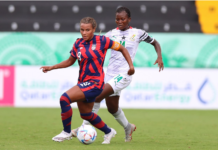