Dancehall artiste, Stonebwoy has for the first time revealed the tattoo he had concealed of his late mother’s face on his back.

To him, the display of the tattoo is an affirmation of his undying love for her as he celebrate 5 years of his mother’s demise

In a snapchat post, Bhim Nation boss revealed the move was to have him protected and supported by his mother at all times despite her demise.

ALSO: ‘I sell my body for a living because I am lazy’

Born Livingstone Etse Satekla, Stonebwoy has not failed to prove his love for his mother as he released a song in 2015, “Mama” to commemorate her.

Stonebwoy’s mother, Catherine Satekla, passed away at the 37 Military Hospital in Accra on Wednesday, July 29, 2015, after she collapsed and was rushed to the hospital. 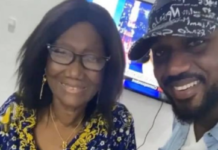 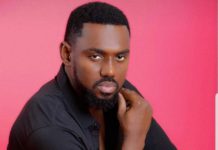