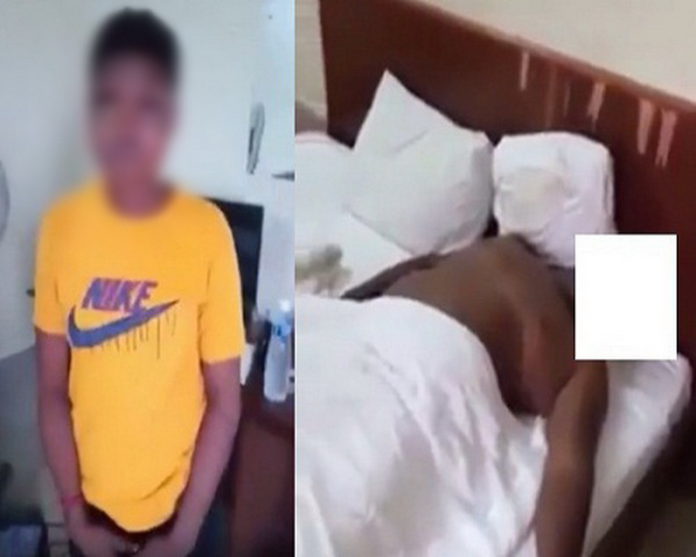 An unidentified Nigerian man has been confirmed dead after sleeping with a prostitute during a night out.

Eyewitnesses who found s3x enhancement drugs at the scene of the incident suggest the man must have died after taking the drugs.

Recounting her encounter with her dead client, the prostitute who identified herself as Precious from Akwa Ibom state said she was invited over to the lodging facility by the deceased’s friend.

Precious disclosed that the man slept all through the night even though she never saw him take the s3x pills.

She further revealed that they had s3x around 5am, after which the man slept off again.

After she got ready to leave, however, Precious said she noticed that the man was still sleeping after she demanded for her money.

She said she suspected foul play at first but noticed that the man wasn’t still moving after she gave him a nudge.

The commercial s3x worker said it was at that point she cried out for help.