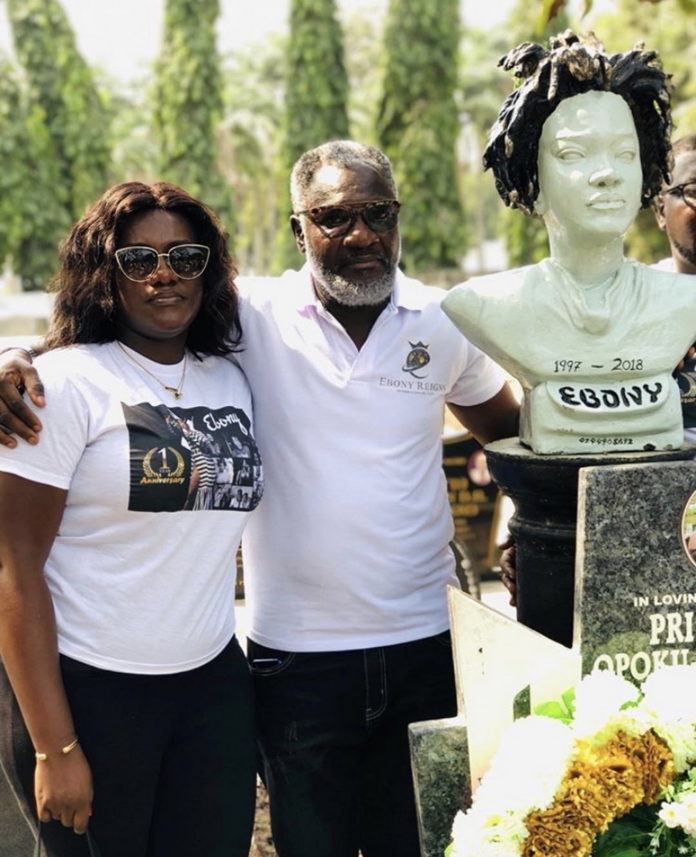 The family of the late dancehall musician, Ebony Reigns, have visited the singer’s graveyard at the Osu Cemetery in Accra.

The family visited the tomb on Saturday, February 8, 2020 to mark second year since her death.

In photos that have since been trending on social media, Starboy Kwarteng and her daughter Foriwaa were standing behind the grave which had a bust of the late dancehall diva.

Saturday, February 8, 2020 marks exactly two years since the Dancehall queen met her untimely death through a motor accident on the Sunyani-Kumasi road.

Ebony died alongside her friend, Frank Kuri and her soldier bodyguard, Atsu Vondee.

Find photos of their visit below: