Veteran Highlife musician, Kojo Antwi, has pledged to open doors for fellow Ghanaian sensational artiste, Kuami Eugene in the music industry.
Speaking on Adom FM’s Entertainment Hall show with Mike 2, the highlife legend promised to boost the career of the ‘Angela’ hitmaker by selling him in the Nigerian market.

See also: I love Kuami Eugene’s ‘Angela’ – Obaapa Christy
According to Kojo Antwi, the Angela song which is currently topping charts in the country ‘deserves to be played everywhere [in the Sub-region].
He added: “I will make sure the song is played everywhere in Nigeria”.
The ‘Medofo pa’ song maker further urged top musicians to help support artistes who are creative and counting numbers in the showbiz industry.
Kojo Antwi, however, debunked the assertions that Ghanaians are emulating the Nigerian’s style of writing and producing music.
Read this: I made Shatta Wale popular – Badu Kobi
“There was a period where I joined the chorus that our songs were sounding more Nigerian; I am getting a new perception now. They [people like Eugene] are the ones that will play the pure Ghanaian thing for us. He sang it well and he sang it well like the Nigerians…” he said.
“I have started making calls for him. I will help him shine if I can. They [Nigerians] must give us some more because we give them some more. It’s good music and must be supported…” Kojo Antwi maintained.
Meanwhile, Kuami Eugene has thanked the music maestro in a tweet for such a great honour.
Read also: ‘Feli Nuna is not a rapper’ – Eno Barony
He said: “I humble myself for Kojo Antwi. I need your help Legend…” 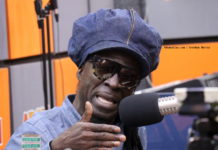 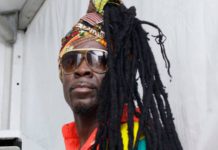 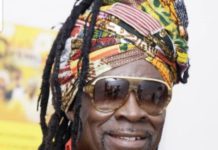 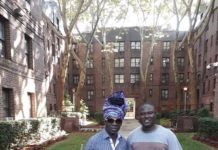 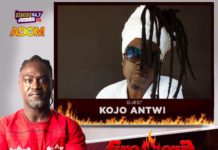 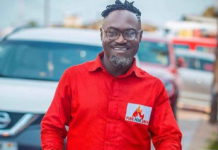