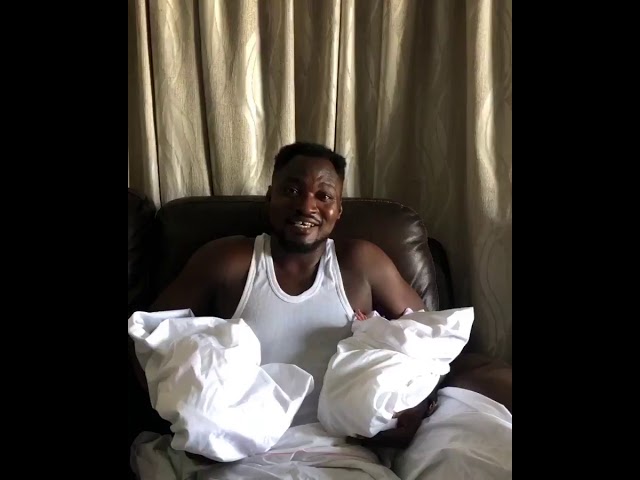 READ ALSO: Stonebwoy to perform with Morgan Heritage in Kenya

The musician earlier shared a video in which Adebayor paid him a visit to congratulate him.

The comedian has said on many platforms that he is happy to be a father and his comic gimmicks might be lessened as he is now responsible.