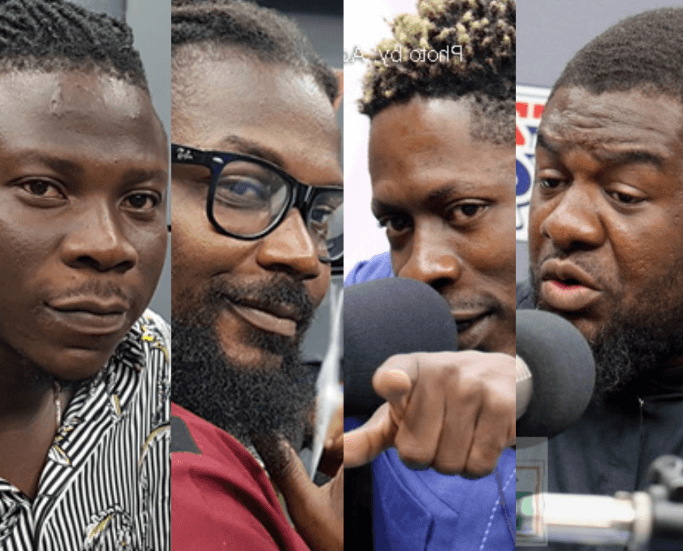 The race for Artiste of the Decade at this year’s Vodafone Ghana Music Awards lingers on and all top artistes nominated for the respected category are sure to win it.

This plaque would not be treated as ordinary as it will reveal a musician who has remained relevant in not one or two but 10 solid years in the Ghanaian music sphere.

The VGMA board throwing more light on the category on Facebook said “Over the last decade, they have had the biggest impact, earned multiple nominations across the years in the VGMAs, have been relevant on the Ghanaian music scene and beyond; been very influential in music and showbiz and their craftsmanship in the industry has been phenomenal!”

Musicians nominated for the category are Becca, Efya, Joe Mettle, No Tribe and Nacee, Okyeame Kwame as well as R2Bees, Samini, Sarkodie, Shatta Wale and Stonebwoy.

All these acts are urging their fans to support them with votes because they think they deserve the honour.

Samini, during his performance at the VGMA experience concert which happened over the weekend at Independence Square, urged his fans to vote him up since he sees no musician at par with him in the contest.

For Reggae and Dancehall artiste, Stonebwoy, although he is part of the nomination for the VGMA Artiste of the Decade category, he believes fellow artiste Samini should win.

ALSO READ: I’m not a fan but will ‘play’ with my wife’s backside – Dumelo (Photo)

He told George Quaye on Joy FM‘s Showbiz A-Z on Saturday that he would go for Samini as the winner because Ghana is a witness to his prowess, some of the things he has done and is still doing in the industry.

Speaking to JoyNews’ MzGee at the 93rd birthday celebration of the British Queen here in Ghana, award-winning vocalist, Efya said “everybody that I have seen posting it thinks I deserve to be there. I think I deserve to be as well.”

According to him, Shatta Wale’s comeback into the music industry after a decade’s hiatus can only compare to the “second coming” of Christ.

“With all due respect to the rest of the amazing acts on the list of “artist of the decade” category, the above sterling records of Charles Nii Armah Mensah are unmatched and cannot be emulated. Please wait the next decade.”

So the questions stands, “Who wins Artiste of the Decade” award?”