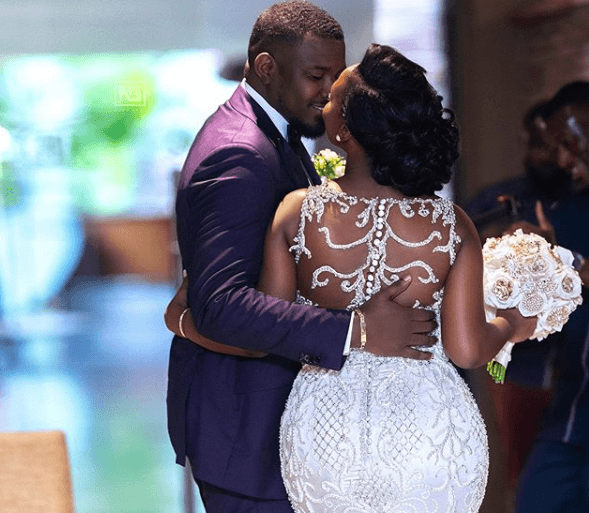 Every man has physiques and attributes they look for in a woman before tying the knot with them forever till death separates them.

After tying the knot in a lavish wedding at Royal Senchi, John Dumelo posted a hilarious caption that many are discussing on social media.

According to him, when it comes to the stature of women, he is never a fan of their backside but his wife has got him to change his mind.

In a post sighted by Adomonline.com on Instagram, Dumelo confessed he is not a fan of buttocks but is certain of having fun with that of his wife.

Adding a photo showing the backside of his wife, Gifty, he captioned it: “I’m not a fan of “bottos”…..but I can have fun with this one.”

He attached a wedding picture where his wife shows off her backside to support his statement.

Take a look below: