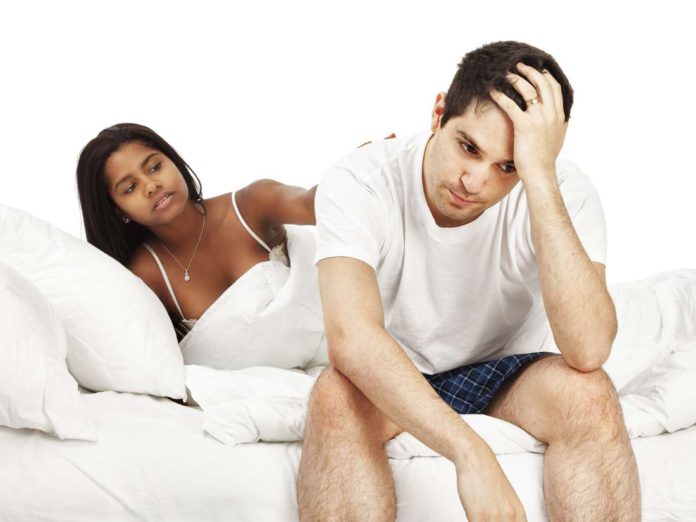 The world has been caught off-guard by COVID-19. The disease, now deemed a pandemic, is sending many countries, no matter their status, to their knees. Economies are crumbling, so are businesses all over.

The uncertainty rages on, with no end in sight. Upon a careful study by scientists, it has been observed that one of the best ways to contain the virus is for people to stay home.

It is not comfortable, having to suddenly change one’s way of life where most of the time is spent in the office and very little back home with family. With no choice, many have had to adjust and are complying to a large extent, with the discomfort it brings.

There is a joke around that babies to be born this coming December should have COVID among their names because there are likely to be conceived during the lockdown.

However, there are also many men who are not able to make good use of their moments with their spouses although they badly wish to.

Under normal circumstances, they should be working from home, but there is a challenge at hand that can make their situation even worse because they have erectile dysfunction (ED) or impotence. What is life without sex?

Nigerian woman put up for sale in Lebanon rescued

This unfortunate medical condition, in normal times, has an impact on productivity, let alone the period of COVID.

In an exclusive email interview with the Graphic Business, a Consultant Urologist at the Kumasi South Hospital, Dr Samuel Amanamah, said “ED is taken for granted in many instances because much as those affected will want the condition reversed, they shy away from treatment because of stigma.”

ED, impotence explained
“For one to appreciate the economic impact of erectile dysfunction (ED), the disease must be seen as what it is in reality. ED has been seen as a disease of the male organ, but it is not.

“What is happening in the male organ is just a reflection of what the whole body is experiencing,” he said.

Dr Amanamah explained that ED was just the red flag of the danger within. A diabetic having ED is just a manifestation of the negative effect of the diabetes on the nerves, the blood vessels of the body as a whole but appearing to the patient’s male organ as a starting point.

“There is always an underlying medical cause to ED and that is why giving medication to just make one have an erection can never constitute a holistic treatment for ED, so there is a direct correlation between a person’s general health and his erectile function,” he said.

According to him, ED patients are the ones most likely to have cardiovascular diseases, neurogenic disease, among other things (hypertension, diabetes, stroke).

Many researches have proven a direct correlation between ED and absenteeism at work. The absenteeism is not due to the ED, but the underlying condition causing the ED.

“Second is the psychological impact of ED. ED is a stress on marriages, relationships, and families. It is out of this that the ED triangle is carved; ED starts as a bedroom issue, moves to the family’s room, follows you to work and back to the bedroom. In effect it affects every area of one’s life,” he added.

Dr Amanamah said when “ED is interpreted as a challenge to masculinity (feeling of less of a man) it leads to a cascade of issues. It starts with low self-esteem and subsequently less motivation at work. As a result sticking to deadlines becomes very challenging. Productivity in business with these issues at play would be greatly impacted negatively. Others become aggressive at work as a way of trying to equal up with what they perceive as being seen as less of a man.”

The economic impact on an ED patient’s pockets cannot be wished away. In Ghana, the rise of new bitters by the day claiming to cure ED attests to its economic benefit to the bitters industry. The global ED drug market was valued at US$4.8 billion as at 2017 and it is rising.

“Until ED is seen as what it is, “a disease that does not affect just the male organ, but the body as a whole, with its socio-economic effect on marriages and families, with far reaching effects on businesses and thus productivity of a nation, we would be ignoring a vital health issue with enormous socioeconomic impact which will later come to bite,” Dr Amanamah stated.