The tactful way with which controversial prophet, Nigel Gaisie delivered his prophecies on the 31st church service night has got many people talking.

Uncharacteristic of him, Prophet Gaisie decided to use a fictional name ‘Umuofia’ to represent the country he was prophesying about.

This was due to caution from the Ghana Police Service about possible sanctions that could follow fear-inducing prophecies.

Many people including the Director of Public Affairs of the Ghana Police Service, Superintendent Alexander Kweku Obeng are at sea as to where or what exactly is ‘Umuofia’.

At the crossover service, the founder of the Prophetic Hill Chapel prophesied that doom may befall ‘Umuofia’ if God does not intervene.

He was however emphatic when he claimed the Lord revealed to him that former President Mahama will win the 2024 elections.

Prophet Gaisie warned that the current government of ‘Umuofia’ will do everything to subvert the ballot.

This makes it obvious that the supposed ‘Umuofia’ is Ghana. Many have therefore called on the Ghana Police Service to apprehend him for flouting the directive.

Reacting to this, Supt. Alexander Obeng on Adom FM’s morning show, Dwaso Nsem said he does not know any town in Ghana called ‘Umuofia’.

Rather, he said in all their patrols during the 31st-night church services, all prophets were disciplined in delivering the prophecies.

“As for Umuofia I don’t know but what is important is that all the prophets complied with the law” Supt. Obeng stated. 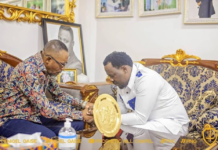 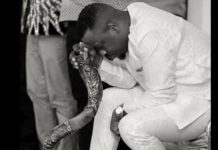 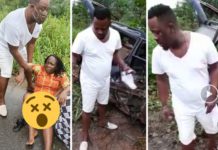