Multiple award-winning filmmaker, Tyler Perry, has taken to Twitter to reveal that he is single at 51-years-old and does not know what to do with the next phase of his life.

The director, producer and actor, who was recently named a billionaire, posted an after workout photo on social media and revealed that he is no longer in a relationship with longtime partner Gelila Bekele.

He also shared that he’s optimistic about what the future holds.

Perry and Bekele have been in an on and off relationship since 2009 and share a son, Aman.

In an interview with T.I. on his podcast ExpediTIously earlier this year, he briefly touched on Bekele without mentioning her name. He said his special lady was sharing in the many perks of his ever-growing empire.

Perry recently donated $100K to the legal defense fund of Kenneth Walker, the boyfriend of Black medical worker, Breonna Taylor, who died in her own home at the hands of Louisville Metro Police Department plain-clothes officers Jonathan Mattingly, Brett Hankison and Myles Cosgrove.

A GoFundMe page was launched on behalf of Walker to help raise funds for the legal battle.

Perry’s generous donation was made in four separate transactions on Sunday afternoon to help the fund surpass its $100K goal. 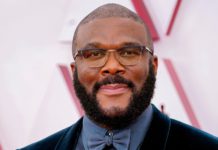 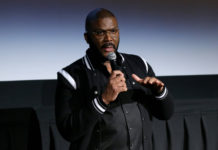 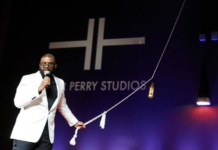