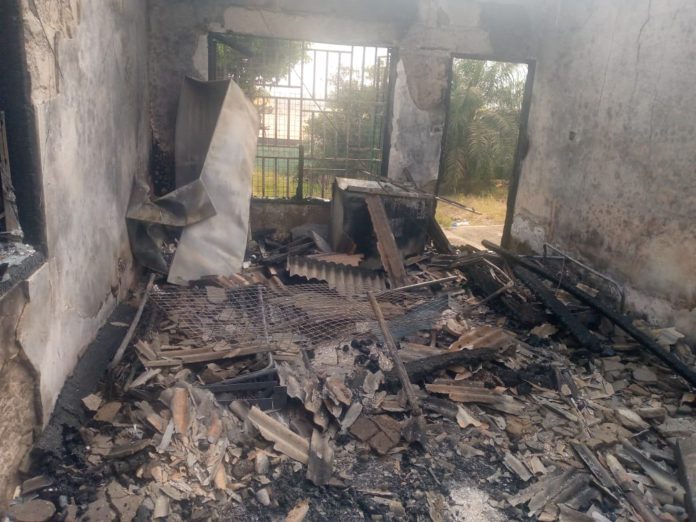 Two children, a 12-year-old girl, and a two-month-old baby have been confirmed dead after a dawn fire swept through a residential apartment at Buokrom Estate in Kumasi in the Ashanti Region.

Three others, who sustained various injuries, have also been hospitalised.

The fire started at about 2:50 am on Friday, December 24, 2021, and the occupants were trapped in the building while the fire spread

A neighbour, Abena Konadu Nimako, who witnessed the incident, narrated it to Citi News:

“I heard someone screaming and calling for help, but we thought it was a robbery attack. I called my mother and our neighbours started coming around and tried to open one of the windows but because of the items there they couldn’t get access, but one of the women was able to pass through the fire to come out.”

Ashanti Regional Public Relations Officer of the Ghana National Fire Service, DO3 Peter Addai, says they have commenced investigations into the incident.

“Around 2:55am this dawn, we had a distress call that there was a fire at Buokrom Estate we responded swiftly and extinguished the fire after we saw that two people have been burnt by the fire, a 12-year-old girl and a two-month-old baby and also some few people sustained varying degrees of injuries and have been sent to the Konfo Anokye Teaching Hospital.”

Earlier this month, a three-year-old girl was also confirmed dead after fire gutted a compound house at Tikrom in the Ejisu Municipality of the Ashanti Region.

According to officers from the Ghana National Fire Service, their timely intervention prevented the fire from spreading to other houses.

They were, however, not able to save the little girl who was trapped in the building. 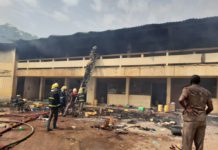