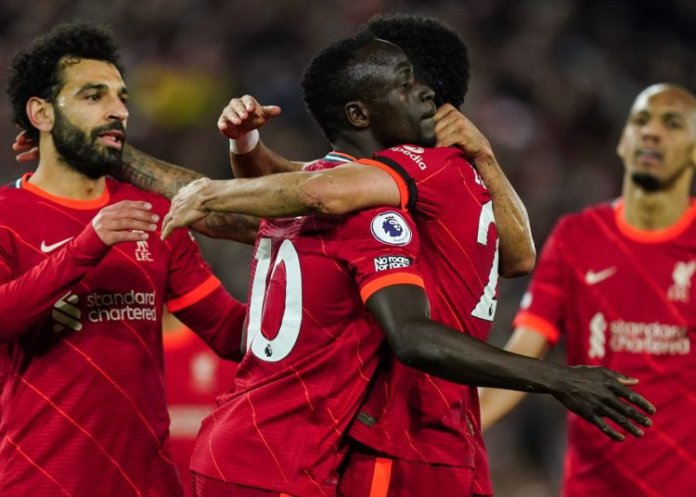 In the absence of talismanic forward, Cristiano Ronaldo, Manchester United were dismantled by arch-rivals Liverpool in the Premier League on Tuesday evening.

The Portuguese star missed the game after he announced the death of his newborn son the previous day.

Both Manchester United and Liverpool sported black armbands in solidarity with Cristiano Ronaldo and his family during such a difficult time for them.

The Anfield crowd also joined in by acknowledging the mourning in the seventh minute.

Jurgen Klopp’s side were clearly superior from the first minute of the game and continued through rest of the half.

The Reds outclassed their bitter rivals in a 4-0 win with the trio of Luis Diaz, Mohamed Salah and Sadio Mane scored the first three goals, two of them in the first 22 minutes, in an emphatic performance.

Salah then completed the rout with his second in the 85th minute with a clever dink over De Gea to cap it off as Liverpool moved top of the Premier League table.

With Manchester United surrendering to a defeat in the absence of Cristiano Ronaldo, some football fanatics on Twitter expressed their thoughts.

Here are some of the best tweets:

It looked like former Man Utd defender, Rio Ferdinand was not in the mood to stick around on social media last night.