At least eight dead bodies have discovered in the back of a truck outside a Walmart store in Texas, in a tragedy police are treating as a “human trafficking crime.”
The driver of the lorry found in the car park at the store in San Antonio was arrested and taken into police custody, although his identity has not yet been released.
The gruesome discovery came to light on Saturday when a man from the tractor-trailer approached a Walmart employee “asking for water”. The store attendant came back with water and then alerted police, who found the bodies in the back of the vehicle.
Around 38 people were inside the truck, fire chief Charles Hood said at a news conference. They included two school-age children and also several others in their 20s and 30s.

“The truck was loaded with people,” Chief Hood added.
The San Antonio Fire Department released a statement saying: “A search of the surrounding area was also conducted to attempt to locate any patients that may have attempted to flee the scene.
“An additional search will be conducted later this morning once the sun has risen.”
Around 20 people were taken to hospital suffering from dehydration and were in a critical condition. Eight others were treated for non-life threatening conditions.
The truck did not have a working air conditioning system. The temperature in San Antonio reached 38C just before 5pm on Saturday and did not dip below 32C until after 10pm, according to The National Weather Service’s local office.
Investigators checked store surveillance video, which showed that several vehicles had approached and picked up other people from the tractor trailer.
Those who died were thought to be victims of a suspected human-trafficking ring involving undocumented immigrants. Police Chief William called the deaths a “horrific tragedy”.
The US Department of Homeland Security is assisting in the investigation, with US Immigrant and Customs Enforcement (ICE) agents also called to the scene.
The people in the trailer would be interviewed by ICE personnel to ascertain their immigration status, Mr McManus told kens5 TV 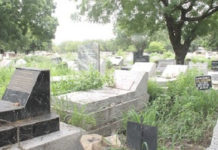 Police officer allegedly bolts after exhuming over 10 bodies at Gomoa 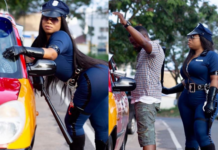 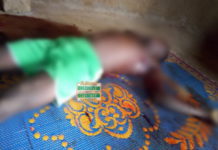 Photos: Unknown assailants shoot man in his sleep at Zomlampe