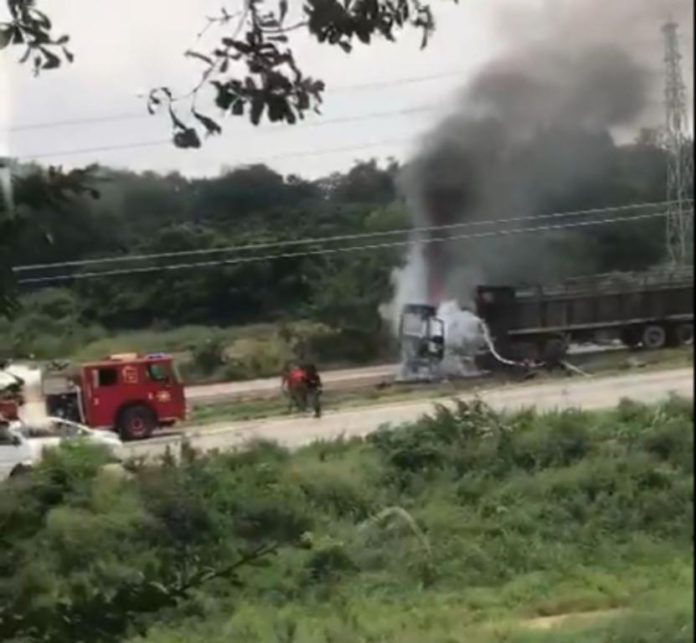 A truck was seen burning on the Accra-Tema Motorway earlier today.

Snippets of the incident from social media show the vehicle in flames as passersby stand helplessly.

In subsequent videos, personnel from the Ghana National Fire Service were seen attempting to douse the inferno.

It is not clear yet what caused the accident which has slowed the pace of traffic on the stretch.

A Truck is currently burning on the Tema to Accra bound side of the Motorway causing huge vehicular traffic #UTVNews pic.twitter.com/VXRpkERh5y

Vehicles that got to the scene on their commute meandered their ways around it.

I run into an accident scene where an articulated truck burnt to scrap on the motorway despite the arrival Ghana Fire Service and the MTTU is also here as measure to control traffic on the road. @kodwoboateng @TDzineku pic.twitter.com/qyWVCQOjaC