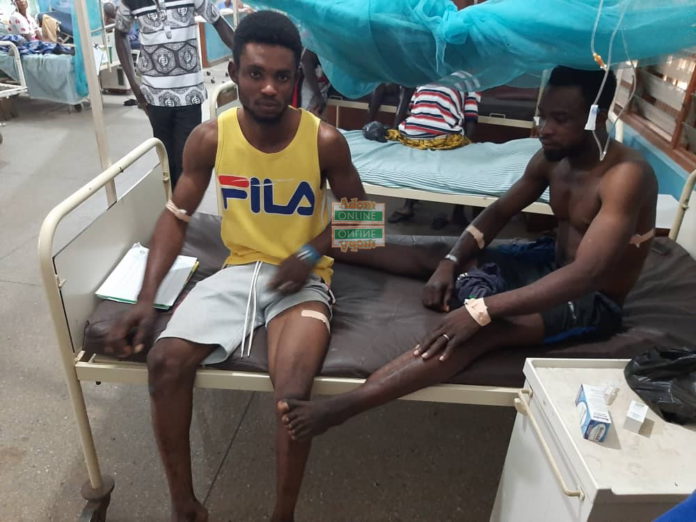 Three people are in critical condition at the St Mathias Hospital in Yeji in the Bono Region after they were hit by gunshots from unknown assailants on Thursday evening.

Five other people who also said they sustained injuries have been discharged.

According to one of the victims, they had gathered at a provision shop, watching television at about 9 pm when they saw three guys running towards them as if someone was pursuing them.

He said the children around the area had started shouting and running for their lives when they sensed danger on seeing the guys.

According to them, the said guys started firing at them from a distance.

Nobert Apuri, the Human Resource Manager of St Mathias Hospital said eight persons were rushed to the facility but they were treated and discharged because they were not severely injured.

He said the condition of the three others was critical so they were immediately sent to the emergency ward for an x-ray.

The doctor told Adom News’ Daniel Techie, they wanted to be sure that there were no bullets hidden anywhere in the victims’ bodies.

The police have confirmed the shooting has been reported to them and they have started investigations.

‘Pussy Cat’, others on the run after hacking and stealing GH¢46...