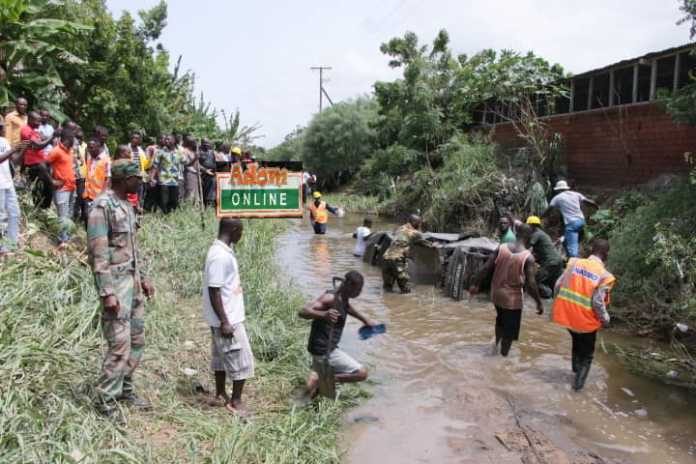 Three people have reportedly drowned in Nankrom, a suburb of East Legon after a heavy downpour in parts of Accra on Thursday.

In an interview with AdomOnline, an excavator operator, one Ben who was at the scene of the incident said he was at Nanakrom with his mechanic working on his vehicle when the incident happened.

“I live at Adjei Kojo but was in Nanakrom to repair my excavator when the rain started around 5:30pm.

“There is a bridge in the neighbourhood which overflowed into the main road making it difficult for pedestrians to cross to the other side of the road. So I decided in my own small way to use the excavator to transport them to a safe place,” he narrated.

He added that “I carried as many people I could till the rain finally stopped around 7:30 to 8:00 pm during which some of the people revealed to me three people had already drowned.”