Member of Parliament for South Dayi, Rockson-Nelson Dafeamekpor, has said the ruling of the Supreme Court for a Deputy Speaker to be part of quorum and vote while presiding is a judicial coup against the Legislature.

The Supreme Court, presided over by Justice Jones Dotse, yesterday ruled that a Deputy Speaker can be counted during the formation of a quorum for parliamentary decision-making and participate in voting while presiding on parliamentary business.

But speaking on JoyNews’ AM show, Mr. Dafeamekpor opined that such a ruling from the Supreme Court amounts to intrusion in the powers of Parliament.

“This is a judicial coup d’etat against the Legislature. And I think it also amounts to an intrusion in the powers of parliament so to speak,” he said.

According to him, such ruling from the Supreme Court is a very sad interpretation, hence waiting for the reasons for such a ruling.

“It’s a very sad interpretation from the Supreme Court yesterday. But I have been very shy from commenting vehemently on the matter. Because I am waiting for the reasons. I am told that the reasons will be given tomorrow,” he disclosed.

“And so, if we receive the full rulings then we can deal with the grounds upon which the Supreme Court came to the interpretation that they came to,” he stated.

He argued that the Supreme Court has given a judicial blessing to chaos in Parliament.

“One other thing the Supreme Court got wrong is that they got the reasoning logically wrong. Because when we speak of the Speakership it’s not about one person, its an office. And there are occupants; there’s a prefect and two deputy speakers,” he added. 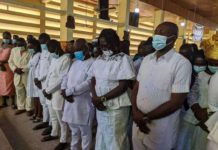 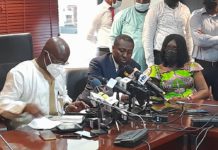 There is nothing they can do about Adwoa Safo; everybody is blowing hot air – Dafeamekpor