Director of Operations at the Presidency, Lord Commey, has declared that the governing New Patriotic Party (NPP) has no interest in ‘breaking the 8’ and will not hand over power to the National Democratic Congress (NDC).

According to him, the NPP will retain power. Mr Commey said this at the Greater Accra Regional Delegates Conference on Friday.

Speaking on behalf of the President at the conference, he added that the President has every intention of handing over power to the next NPP flagbearer and not the opposition.

“Breaking the ‘8’, it’s become a slogan. I don’t have any ‘8’ to break. I am continuing; tell your friend, we are continuing…you are just scaring yourself as if there is something to break.”

Clarifying his statements on NewsNight, Mr Commey stated that his words were not undemocratic – his charge to the members is to ensure that the party retains power constitutionally.

JoyNews/AdomNews · There’s no 8 to be broken. We will sustain power- Lord Commey

He said the officers he spoke to are key at the grassroots level and could not make costly mistakes as a result of pettiness, anger or laziness.

He included that the only challenge the party has is to close its ranks and that what he has charged the officers to do is to ensure that come 2024, the people of Ghana will give them the mandate to govern the country again.

Speaking at the same event, Henry Quartey, Member of Parlimaet for Ayawaso Central and the Greater Accra Regional Minister said the officers should be wary of their comments going forward.

This, according to him, is because such comments would be used against them by the opposition come 2024.

“What you say today, you will come face to face with it come 2024 when you are in the position of defending the party.  What you say today will be used for campaign by the opposition and when they do that be sure it doesn’t hurt you.”

Meanwhile, although a new presidential candidate has not been named, the NPP is gearing up for the primaries and is gathering its grassroots in full force towards the 2024 general election. 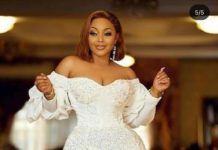