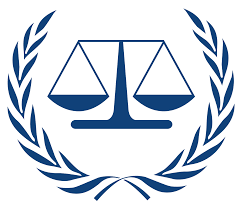 The International Criminal Court (ICC) is indeed a court and nothing more, that was established by a treaty, the Rome Statute, in 1998. The Rome Statute subsequently took effect on the 1st of July, 2002 after it got ratified by 60 member states.

In effect, the ICC is empowered to try crimes that took place on or after the 1st of July, 2002. Any crimes committed before the 1st of July 2002, cannot be tried by the ICC because the Treaty does not take retrospective effect.

The ICC is mandated by the very treaty that created it to investigate and per its concrete findings as a result of the inquiry, initiate trials against persons charged with the gravest crimes of concern to the international community.

The crimes that are investigatable and triable by the ICC are genocide, war crimes, crimes against humanity and in recent times, the crime of aggression.

The ICC has a total of eighteen (18) judges elected for 9 years by the Assembly of States Parties. There are three (3) different courts namely the Pre-trial, Trial and Appeals Chambers. The Court employs about eight hundred people from approximately one hundred (100) states and has two main working languages, English and French.

The current President of the Court is Judge Chile Eboe-Osuji and Ms Fatou Bensouda, is the Prosecutor of same.

Since it’s establishment, there have been a total of twenty seven (27) cases before the Court and thirty four (34) arrest warrants have been issued by ICC judges. With the cooperation of states, 16 people have been detained in the ICC detention facilities and have made appearances before the Court.

Fifteen (15) of the 34 remain at large and charges have been dropped against 3 persons because they have died. It is also instructive to note that the judges have so far issued nine (9) convictions and four (4) acquittals.

The ICC currently has twelve (12) situations under investigation and ten (10) of same are on countries in Africa. This essentially has been the basis for the theories propounded by many that the ICC largely exists only to chase after African leaders and none others.

In support of their argument that the Court is anti-Africa, they cite the fact that currently all six persons who are in custody at the ICC Detention Centre are Africans.

READ ON: Man returns home to meet wife’s lover in his room wearing a skirt

However, three of the African situations currently under investigation were self-referred. Two were referred by the United Nations Security Council and most recently, Mali referred to the ICC the crimes occurring in its own territory since January 2012 and their move had the full support and backing of the Economic Community of West African States (ECOWAS).

In a recent training programme organized by the African Centre of International Criminal Justice (ACICJ) for journalists drawn from about 11 different African countries in Ghana, Jean-Jacques Badibanga, Senior Trial Lawyer of the International Criminal Court (ICC), disclosed that the ICC in all its work on the African continent has either received complaints directly from the State Parties affected or from victims of the crimes that were carried out in specific countries in Africa.

The Office of the Prosecutor proceeded to investigate these complaints and where applicable, have issued arrest warrants for the affected persons to be arrested.

The senior ICC trial lawyer further indicated that since the ICC does not have its own police or military, it depends solely on the State Parties to assist her to arrest these suspects. Indeed, it is not and it has never been the case that anyone was arrested without the support and authorization of the State Party in question.

READ ON: Govt only interested in amending Article 243 – MP

He further posited that it was unfortunate that the many cases of crimes of impunity carried out in the world since the Rome Statute came into force has largely been on the African continent.

To affirm his position that the Office of the Prosecutor is not only targeting African leaders, he cited the communication dated the 14th of November 2019, that came through as he was establishing the facts that, “the Pre-Trial Chamber III of the International Criminal Court (ICC or the Court) has authorized the Prosecutor to proceed with an investigation for the alleged crimes within the ICC’s jurisdiction in the situation in the People’s Republic of Bangladesh/Republic of the Union of Myanmar.”

The ICC, he therefore said, has no bias towards African leaders. It’s main focus is to bring perpetrators of crimes under its jurisdiction to justice and to protect the rights of victims.

While the world awaits the outcome of investigations by the ICC Prosecutor in Bangladesh, Myanmar, Georgia, Afghanistan, Iraq/United Kingdom, amongst others, there appears to be sound reasons and justifications for why all of the situations currently under investigation or prosecution are from Africa.

Impunity on the continent needs to end immediately and if the ICC is the vehicle to attain same, it ought to be given all the support required.