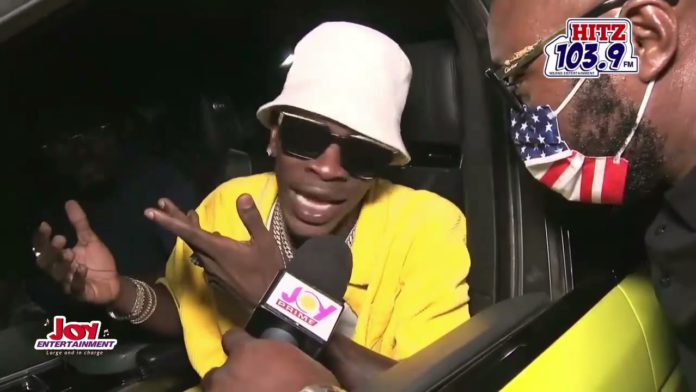 Dancehall artiste, Charles Nii Armah Mensah, popularly known as Shatta Wale, has eulogised his lawyer for his exemplary professionalism in handling his case.

Shatta required the services of his lawyer, Jerry Amenyokpo, after he was arrested and arraigned for causing fear and panic over a shooting hoax.

Throughout his appearance in court from the 21st of October, 2021, Mr Amenyokpo has defended Shatta and was able to facilitate bail for him on his second appearance on October 26.

In a latest development, Mr Amenyokpo made a statement in court on Thursday, demanding the release of Shatta as well as his accomplices’ phones.

He argued that their livelihood depends on the engagements on their phones. Based on this, an Accra Circuit court ordered the police to release their personal belongings to them.

Impressed by the good works of his lawyer, Shatta has asked Ghanaians to join him in thanking his lawyer.

Speaking after the court session, he demanded his fans and sympathisers present to clap for his lawyer, which they did.