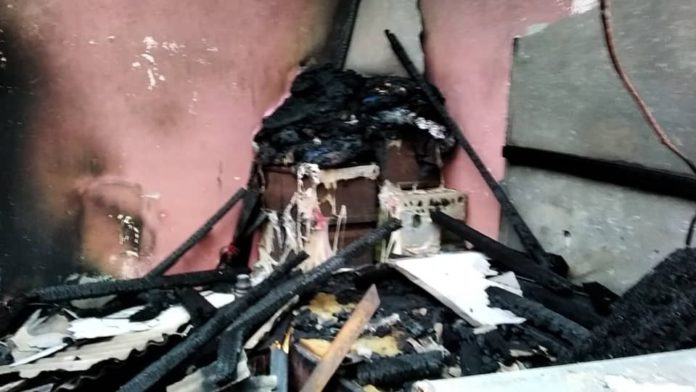 Nine persons have been arrested by the police at Teshie in the Greater Accra region, following a chieftaincy dispute which has resulted in a violent clash in the area.

One person is said to have sustained a gunshot wound in the leg, following the clash between two factions in the chieftaincy dispute in the area.

Speaking on Accra-based Citi FM on Friday afternoon, August 6, 2021, the Deputy Public Relations Officer of the Greater Accra Regional Police Command, Chief Inspector Kwame Danso, said the Division Commander is in a crunch meeting with opinion leaders in the area concerning the incident, all aimed at restoring peace in the vicinity.

“There is heavy security deployment there to ensure security,” he said, adding “The police is in control of the situation.”

He, however, said the police are yet to ascertain the cause of the disturbances in the area.

The disturbances in Teshie which happened on Thursday, August 5, have left more than 50 persons who reside in the shrine displaced.

Secretary to the Osabu-Ayiku Wulomo, John Adjetey Kommey, suspects arson which said he suspects has allegedly been undertaken by persons involved in a chieftaincy dispute.

In an interview on Adom FM’s morning show, Dwaso Nsem, Friday, Adjetey Kommey said there was a clash between two Teshie fashions – Mantse and Shikitele – after they had embarked on a fishing expedition to mark the harvesting of fish.

According to him, there were gunshots that led to an individual being shot in the leg.

He alleged that the Mantse group proceeded to the family houses of the rival group and burnt two funeral parlours to the ground.

“On their way from the fishing expedition, the Mantse group started pelting stones against the other group, forcing them to retaliate with gunshots.

“Unfortunately, one person was shot in the leg. The Mantse group then proceeded to some of the family houses in the Tseiwe quarter where they burnt two funeral parlours before proceeding to the family house to burn it,” he alleged.