Across the globe, people employ a variety of means to enhance their looks and beautify their physical appearance.

From the use of herbal medication to surgical procedures, people make all manner of modifications to their natural bodies to suit their desired outlook.

Apart from bleaching, which involves the use of specialised chemicals to lighten one’s skin, another area which people normally alter is their dentition; hence teeth whitening.

The phenomenon can be loosely explained as the deliberate use of recommended substances and methods to improve the colour of one’s teeth.

Here in Ghana, the practice has become very popular in recent times, with an array of products being sold on the market in that regard.

Home-based products such as toothpaste, gels, and films, as well as in-office-based systems where products containing highly concentrated bleaching agents are applied under professional supervision.

But despite the manifest popularity, there are individuals who are still not familiar with the trend.

A street survey by JoyNews revealed that despite the prominence of the practice, there are still a number of people who are completely at sea when it comes to teeth whitening.

Michael (name fictional), sharing his thoughts had this to say: “For teeth whitening; I’ve not tried it before. But it’s like the chance, I’ve not gotten the chance. So maybe one day I’ll try”.

But can all teeth with darker and brownish tints be transformed to reflect the whiteness of snow or the piano keys? In answering this question, Dr Awuah Mensah, a dental practitioner explained that not all teeth can be white.

According to the expert, based on the anatomy of the teeth, it is not possible for everybody to have white teeth.

In his explanation, he stressed that the contributory factor to a white teeth largely depends on the intensity of the enamel.

“So when it comes to healthy teeth, there are different shades of teeth.

“People have the notion that when you have white teeth as white as the piano keys or the keyboard, that’s when you know you have healthy teeth.

“Bear in mind we’re all not born with the same type of teeth.

“And we have the innermost part which is called the pulp.

“So take the enamel to be a translucent object for instance where light can pass through but you cannot see beyond it”, he explained.

From the above, it is evident that a white teeth is largely an issue of biological dynamics.

But apart from the biological underpinnings, there are also a number of external factors which can either enhance the whiteness of the teeth or discolor it.

The use of abrasives such as charcoal and the use of bleaching agents such peroxide can collectively whiten the teeth, if applied over a period of time.

However, these substances can have side effects such as teeth sensitivity.

On the other hand, destructive habits such as excessive smoking and uncontrolled intake of substances like coffee or caffeine can increase the likelihood of the teeth losing its white appeal.

So the next time you think about having a white teeth, maybe you should consider the nature of your enamel. 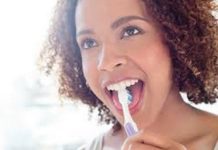 Simple home remedies that can help whiten your teeth