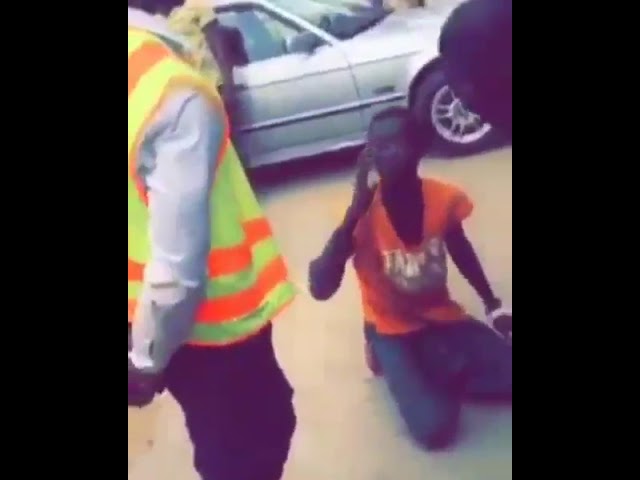 The Swedru Municipal Guard and three others standing trial at the Swedru District Court for allegedly assaulting a 17-year-old boy have agreed to pay an amount of GH¢10,000 as compensation to the victim.

The accused persons, Peter Danso, Isaac Ntsiful, Sampson Aikins and Francis Yorke have already paid GH¢3,000 to the victim to support his medical expenses as a result of the assault.

The accused persons have also promised to monitor the health status of the victim for the next one year and further pledged their preparedness to take care of other medical bills that may arise.

ALSO: Sulley Muntari ‘begs’ to be in Black Stars squad for AFCON

He noted that the compensation would be paid on or before June 6, 2019 towards an amicable settlement of the case.

The victim was however not in court to corroborate the submission by the counsel for the accused persons.

The prosecution led by Inspector Chare N. Salia, in his submission indicated that due to the absence of the victim in court, it would be difficult for the prosecution to ascertain the veracity of the decision at the ADR.

He prayed the court to adjourn the case to enable the prosecution to verify from the victim if the assertion by counsel was what was arrived at the ADR.

The court presided over by Mr Isaac Apeatu sided with the prosecution and adjourned the case to May 30, 2019 for hearing to continue.

At the last sitting, the case was referred to ADR following an appeal by the counsel for the accused persons and explained since the trial started, relatives of the accused had reached out to the victim to support him financially.

The facts of the case are that the victim, Kwame Teboah is a head porter and lives at Agona Nyakrom whilst the first accused Francis Yorke, was a student and mobile money merchant. Sampson Aikins, the second accused is a baker while the third accused and fourth accused persons, Peter Danso and Isaac Ntsiful are both guards at the municipal assembly.

On March 21, 2019, Francis Yorke accused alleged that his credit scratch card worth GH?95.00 had been stolen and he informed the Sampson Aikins. Aikins suspected the victim, Kwame Teboah to be the one who stole it and went ahead to arrest him.

He stated that Aikins held the victim amidst slapping and took him to the forecourt of the GN Bank branch in Agona Swedru where he made the victim to kneel down for interrogation by himself and Yorke.

While the victim was being interrogated, Peter Danso and Isaac Ntsiful suddenly appeared from behind and Peter Danso gave the victim a terrible kick at the right side of his cheek and Teboah fell down on the ground.

He added that the incident drew the attention of a police woman who was on duty near the scene and instructed that the victim should be sent to the police station but Ntsiful told the police officer in question that the victim was his biological brother and that they wanted to help in the amicable settlement of the issue.

He explained that Aikins and Ntsiful accused continuously subjected the victim to severe beatings for him to speak the truth.

Subsequently, Danso and Ntsiful, the accused persons stripped the victim naked in search of the alleged missing credit scratch card but nothing was found on him.

He stressed that the accused persons later left the victim to go and a good Samaritan assisted the victim to lodge a complaint at the police station.

Subsequently, the victim was issued with a medical form to seek for medical care.

“Three days after the incident, the victim started experiencing severe pains and discharge from the right ear, headache and dizziness as a result of the terrible kick by the third accused person” he pointed out.

After investigations, the accused persons were charged with the offences and arraigned before court.