The third witness for the petitioner in the 2020 Election Petition case, Robert Joseph Mettle-Nunoo, has described the Supreme Court’s ruling as a recipe for disaster.

Mr Mettle-Nunoo said he was disappointed in the ruling since it did not pave way for the Electoral Commission (EC) Chairperson, Mrs Jean Mensa to be accountable.

“The ruling is a total recipe for disaster because we cannot hold the EC to account. Every Returning Officer can perform abysmally and get away with it.

“You declare multiple figures and we don’t examine those multiple figures, where is the strict proof? And then you say they shouldn’t bring documentation for everybody to see,” he said in an interview on Accra-based Kasapa FM.

He added: “In other countries like Kenya and South Africa they bring independent auditors to certify that whatever has been done, has been done properly.”

A-seven-member panel of the Apex Court on Thursday, March 4, 2021, unanimousl dismissed the petition brought before it by John Dramani Mahama, the 2020 Presidential Candidate of the opposition National Democratic Congress (NDC).

Mr Mahama took the EC to court to challenge the validity of results and the declaration of President Nana Akufo-Addo as the winner.

But reading the ruling of the court, Chief Justice Anin-Yeboah said the petitioner did not satisfy all the five issues outlined by the court to determine the case.

The two were in the strong room during the final collation of the election results, monitoring on behalf of the petitioner but left mainstream.

During the petition proceedings, the two witnesses told the court that they were sent by Mrs Mensa to the petitioner, Mr Mahama.

However, the Chief Justice held that the witnesses of Mr Mahama in the election petition, are to blame themselves for abandoning their duties. 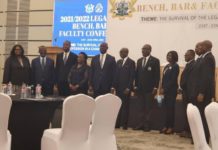 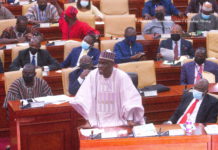