Dancehall musician, Stonebwoy, has dropped jaws with his message to mark the birthday of colleague Shatta Wale.

The milestone, according to many, happens to be his 38th birthday.

But taking to social media to join scores of Ghanaians in marking the day, Stonebwoy dropped a shocking but hilarious revelation about Shatta Wale’s age.

Stonebwoy acknowledged life is the ultimate and the need for each day to be celebrated with gratitude as he shared a photo of them.

Stonebwoy’s post has attracted mixed reactions with some followers stating the right age has been mentioned.

Others who have been left speechless have replied in the comment section with love and laughter emojis. 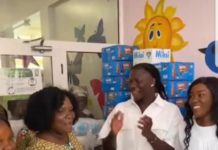 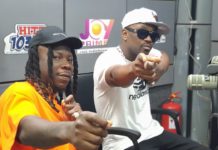 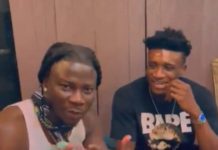 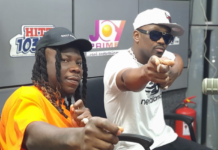