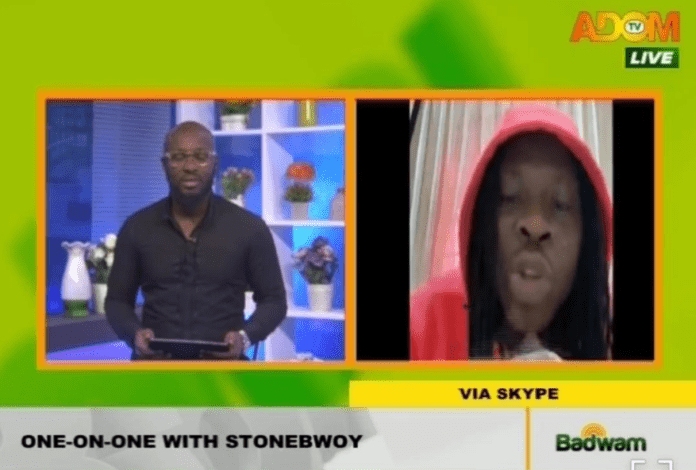 Dancehall musician, Stonebwoy, has finally responded to the current shake up in the music industry where beefs between musicians are almost becoming the order of the day.

Sarkodie has released a diss song after some rappers such as Asem, Ball J, among others threw shots at him for many reasons best known to them.

Dancehall musician Shatta Wale also reacted to Sarkodie’s song only to poke the eye of Hiplife Grandpapa, Reggie Rockstone, where he also replied Shatta to make his point.

Meanwhile, Stonebwoy, in an interview on Adom TV said it would be apt if musicians hold their guns rather than throw shots because things can get very personal.

Citing his Vodafone Ghana Music Awards saga where he pulled a gun on Shatta Wale as an instance, Stonebwoy said:

If it comes to beef we have all been involved one way or another…one thing that would make me keep mute its because we have an issue pending [in court].

It’s not something that we have to support more than the work we have to do. We all love it. I have been following it but we don’t have to encourage too much because it can bring trouble.