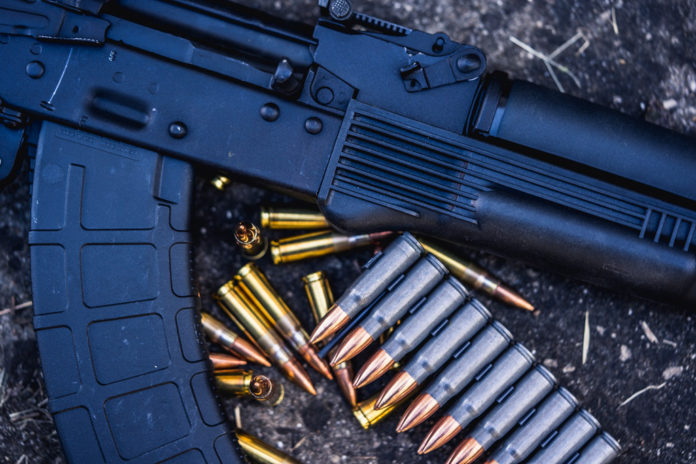 A police signal sighted by adomonline.com has confirmed the miraculous disappearance of a service rifle loaded with 30 rounds of ammunition and nine extra rounds.

The signal, dated Saturday March 7, 2020 said at about 4:30 am, the station officer, C/Inspr. Frank Tsigbey visited the charge office only to be informed by the station orderly, G/Const. Charles Yeboah that the riffle had gone missing.

The orderly on duty said at about 3:30 am he could not set eyes on s/v rifle no. Ghgp/vr/sk/az 5426-12 which was loaded with 30 rounds of ammunition with extra nine rounds kept in a container locked at the counter.

Upon the information, the station officer examined the drawer and found it to be intact without any damage to it.

As a result, the station officer, C/Inspr. Tsigbey and D/Inspr. David Fiamor interrogated remand prisoners, Charles Awuye and Ransford Gbeve who slept in the cells corridor.

The duo gave a description that marched G/L/Cpl Osei Sarfo as the officer they saw behind the  counter in uniform at about 1:00 am who they said picked an old calendar on a chair  whiles the orderly rested his head on the counter.

Consequently, the Divisional Commander, C/Supt. Mr Dennis K. Fiakpui was informed and he instructed that a search be conducted on the said officer.

The search team, led by the Acting District Commander, C/Supt. Joseph Atsu Dzineku, searched the residence of G/L/Cpl Sarfo but all the places he took the team including his barracks at Agave Asidowui were searched but nothing of evidential value was discovered.

However, an identification parade conducted in the station officer’s office, using officers comprising eight other persons and G/L/Cpl sarfo had the latter identified by the two inmates as the one they saw at the counter.

On the instruction of the Divisional Commander, G/L/Cpl Sarfo and G/Const. Yeboah Charles were arrested and detained to assist investigation.

Meanwhile, the station officer C/Inspr. Frank Tsigbey has been querried to explain why disciplinary actions should not be taken against him for detailing a constable for last out duty.

It would be recalled that Sogakope has been in the news for the killing of an Assemblyman for Sogakope South, Marcus Mawutor Adzahli at his home.

One of the things that has come up during the killing was the accusation levelled against the police for failing to respond to a distress call placed to them.