While a section of the users lauded the yet to be sworn-in Finance Minister for his appointment, another part expressed worry as to why the National Democratic Congress Caucus seconded his approval after raising concerns.

The members of the Minority have, however, declined to make any comment on the said matter after the opposition party, through a communique signed by General Secretary Johnson Asiedu Nketia, urged members to be circumspect in their statements.

Below are some comments from social media:

The NDC will send Isaac Adongo to call Ken Ofori-Atta all sorts of names… Piccadilly whatever… If all that Adongo has been saying is indeed true and Ken Ofori-Atta is bad news for the country then why did the NDC caucus approve Ken at the end of the vetting?

Eiii Ken Ofori Atta, some one who works pro Bono for Ghana celebrating his approval by the appointment committee like someone gaining his first job appointment.

People have said a lot, but you are back in the country, fit as fiddle and ready to face the vetting committee today. All the best Hon Ken Ofori-Atta. #NanaGrowsGDP#NanaEconomicRecovery21

The Finance Minister-designate, Ken Ofori-Atta, has been approved by consensus and has been unanimously approved by Parliament in a voice vote.
Mona mobl33
😂😂😂 pic.twitter.com/RKU3JfD1fH

People have said a lot, but you are back in the country, fit as fiddle and ready to face the vetting committee today. All the best Hon Ken Ofori-Atta. #NanaGrowsGDP#NanaEconomicRecovery21

So the minority members on the Appointments committee saw this attached to a petition & endorsed Ken Ofori Atta? The talk of a hung Parliament? A ruse!! pic.twitter.com/dQPKN2aSQh

Anyways congrats to Ken Ofori Atta on his appointment .

l like Haruna Idrissu as a politician, buh his comment in the house after Ken ofori Atta was approved was supposed to achieved what exactly ??
This type of playing to the galery shld stop.
Allow the man to work,
Such foolishness will not be tolerated this year, period. 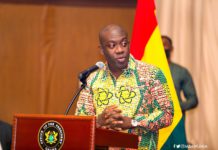 Ofori-Atta to present 2022 Budget on November 17 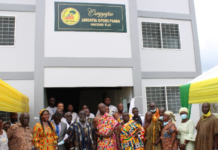 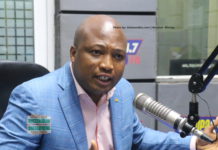 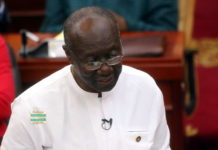