Rufftown Records boss, Bullet, has has said the rumours that he sleeps with his artistes have cost him his relationship.

The artite manager who has opened up on the rumours, probably for the first time sais, such false reportage by bloggers and journalists have subjected him to so much torment with the latest being his girlfriend opting out of their relationship.

Setting the record straight, Bullet said he can vow that no artiste he has worked with, both mainstream and underground has ever warmed his bed.

He has therefore dared any such artiste to come with evidence that they have ever had any relationship with him.

He charged media people to focus more on music rather than relationship status of industry stakeholders.

Bullet’s comments come on the back of a challenge thrown at him by radio host, Nana Romeo who dared to release evidence of his relationship with Wendy Shay.

Wendy cleared the air, saying if Nana Romeo had any of the evidence he claims he has, it would have reached public space by now. 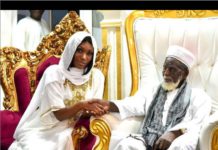