It is important to note that everyone has a six-pack, but it’s just that for most of us it’s hidden under a layer of fat.

I have heard it said that six-pack is to men, what a beautiful curve is to a woman.

Whether this is true or not, one cannot say; but what is known is that it sure looks good to have those six padded pack as a man.

And talking about having a six-pack, it is important to note that everyone has a six-pack but it’s just that for most of us it’s hidden under a layer of fat.

So the question is how possible is it for one to get rid of those fats that are hiding the six-pack? How long must one workout in other to look fit and strong?

Well, inasmuch as it is possible to get rid of those fats through intense exercise, there’s no saying how long it will take to bring fulfillment to desire.

Because it all depends on the time and effort you’re willing to put into it. And if you’re truly dedicated as you should, then in few weeks the difference will be clear.

It has been proven that sit-ups are one of the quickest ways to work on your core strength and shape your abs.

And one most interesting about this exercise is that you don’t need any special equipment to perform it; you can do them almost anywhere.

Similar to sit-ups in a way, the classic crunch is one of the most common abdominal exercises that primarily works the rectus abdominis muscle and that of the obliques. But Unlike sit-up, the lower back stays on the floor, in a proper crunch.

It is termed classic crunch because it works.

Looking good shirtless is arguably the only reason why most people want a six-pack. And in other to look good shirtless, you’ll want chiseled pecs along with flat abs.

However, with this exercise, having chiseled pecs along with flat abs becomes possible because the moves that it entails target both areas.

The front plank is an isometric core strength exercise that involves maintaining a position similar to a push-up for the maximum possible time.

However, one thing you must not forget as you build steely abs is to ensure that your back keeps pace. And there’s no exercise that does it better than the front plank.

The side plank exercise can be said to be the same with the front plank; the only difference between the two is that the side plank is done with the sides.

It is important to note that the side plank is a great way to work both the obliques and the glutes, as well as building your core strength.

How knowing your body type helps you exercise better 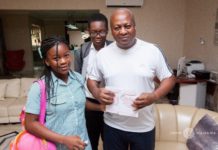 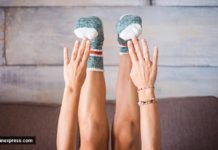 What happens to your body when you stop exercising?

The necessary exercise advice you don’t want to hear