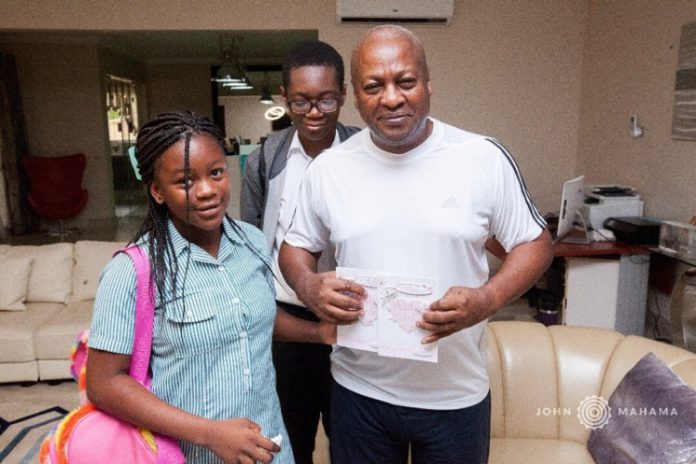 Ex-President John Dramani Mahama has been spotted in a new video performing some fatherly duties.

The video is that of him and his two children engaged in some fitness drills.

The video which has since gotten social media buzzing captures the ex-president in a cycling race with his daughter, Farida as his son Sharaf jogged along.

The video footage shows it was taken in a serene and quiet environment believed to be their neighbourhood.

The video Adomonline.com sighted on Facebook captured the former president effortlessly show his skills on a red bike and his daughter on a blue one.

Many followers who have also sighted the video have commended Mr Mahama for his ties with his children.