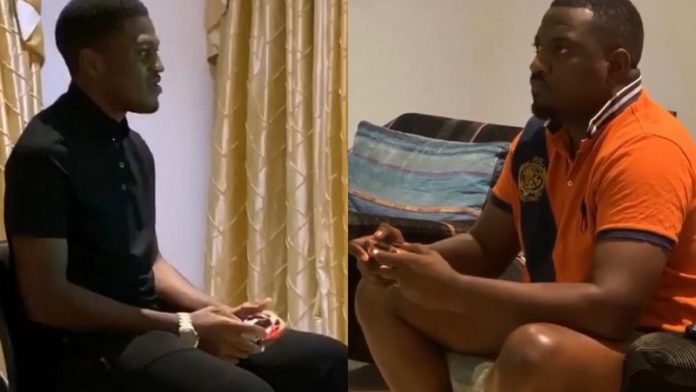 Aspiring Member of Parliament for the Ayawaso West Wuogon constituency, John Dumelo, extended an invitation to a son of former President John Dramani Mahama, Sharaf, who is a professional footballer, for a contest in his home.

The FIFA video game contest was to mark Father’s Day.

Mr Dumelo selected FC Barcelona, while Mr Mahama’s son selected PSG. At the end of the game, Mr Dumelo was humiliated with an 8-0 scoreline.