Outgoing Liberian President Ellen Johnson Sirleaf has called on Liberians to vote for the one they believe will make the country a better place and not to vote on party, ethnic, religious or tribal lines.

She said in a national address on the eve of the October 10 elections that Liberians should only be loyal to their families and respect everyone’s right to vote.

“Vote for the person and persons you believe will make Liberia a better place … No one is entitled to your vote – not because of party, ethnicity, religion or tribal affiliation,” she said.

Her statement comes after criticisms from members of her Unity Party that she has not supported the presidential bid of her Vice President Joseph Boakai who is among the 20 aspirants.

Sirleaf has stated clearly that she supports all the women contesting in the legislative elections without mentioning the only woman standing for president – Macdella Cooper.

She entreated the people of Liberia to accept the outcome of the election while reposing confidence in the National Electoral Commission chaired by Jerome G. Korkoya.

“The NEC has established a system that is accountable, transparent and based upon the highest standards available. Joining the NEC to support a free and fair election will be the top international institutions,” she said.

The 78-year-old Nobel Peace Prize winner who served the country for 12 years congratulated Liberians for consolidating its democracy.

“For the first time in three generations, we will be transferring Presidential authority, democratically, and peacefully, from one elected leader to another. Let us take a moment to reflect on how far we have come,” she added.

Polls open between 0800 GMT and 1800 GMT on October 10. Over two million people are expected to vote.

There are 20 candidates including a woman vying to succeed Sirleaf who is Africa’s first democratically elected female president. 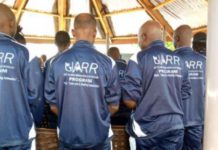 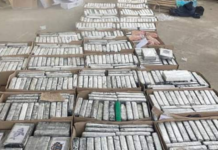 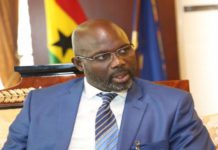 Liberian President suspends 3 top officials sanctioned by US for corruption 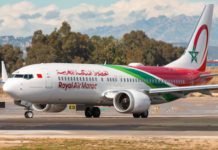