Singapore has jailed and fined an OnlyFans creator, in the city-state’s first conviction of users of the adults-only platform.

He was also sentenced to three weeks prison for accessing his account in breach of a police order.

The case has sparked alarm over the criminal implications for OnlyFans creators in the conservative nation.

In Singapore, it is illegal to transmit obscene materials by electronic means or to take part in or receive profits from a business where such materials are transmitted.

“For sure, this case has set [a] precedent and other users will have to deal with the same risk of being on OnlyFans,” Low’s lawyer Kirpal Singh told the BBC.

“I think the message is quite clear that authorities are prepared to convict those who transmit explicit material not just on the OnlyFans platform but on the whole spectrum [of online areas].”

Mr Singh said he had been approached by other content creators this year concerned about their own potential criminal liability.

However, experts had earlier suggested that prosecutions against such local content creators appear to only come about if instigated by a third party.

The BBC has reached out to the US-based company, which enables users to buy exclusive, often explicit, content from “creators” they subscribe to.

Low was arrested in December 2021 after a woman found one of his explicit videos on her 12-year-old niece’s phone and filed a police complaint.

The 22-year-old model had joined the platform only a few months earlier in April, where he had quickly become one of its biggest local stars.

He told the BBC last year he had continued using the site because it was his chief source of income.

Low had faced up to three months jail for sharing explicit pictures, and up to six months for defying the police instruction.

Following his conviction on Wednesday, he posted on Twitter he was “glad this is finally over”.

Low, who has over 210,000 followers on social media, is a well-known Singaporean influencer and his case had been highly publicised.

The number of OnlyFans creators in Singapore is unknown but estimated to be in the hundreds.

Mr Singh noted that the only other such conviction in the South-East Asia region he was aware of was in Myanmar, where military authorities jailed a protester last month for posting pictures on Only Fans.

“But that was really different, I believe there were political motives behind that,” Mr Singh said. 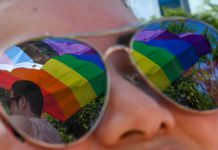