Alexander Majesty is making his parents, Shatta Wale and Michy proud after he received accolades for exhibiting his reading skills.

As part of a new ‘Reading with Majesty Challenge,’ he has invented, the lad is setting an example for his peers.

In a video depicting his reading skills, Majesty read aloud, excepts of a book that depicts the essence of trees.

The young lad is seen being guided and corrected by his mother as he overlooked and mispronounced certain words.

The motive of the challenge, he announced, is to motivate individuals to adopt the fading traditional reading culture as against spending time on electronic devices.

“Readers are leaders,” he said in reiterating the need for his peers to adopt proper skills, which he explained are the gateway to learning.

Social media users dropped emojis to show how impressed they were with Majesty’s reading skills which they have described as fluent and flawless. 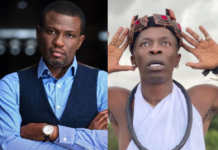 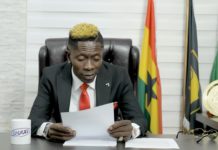