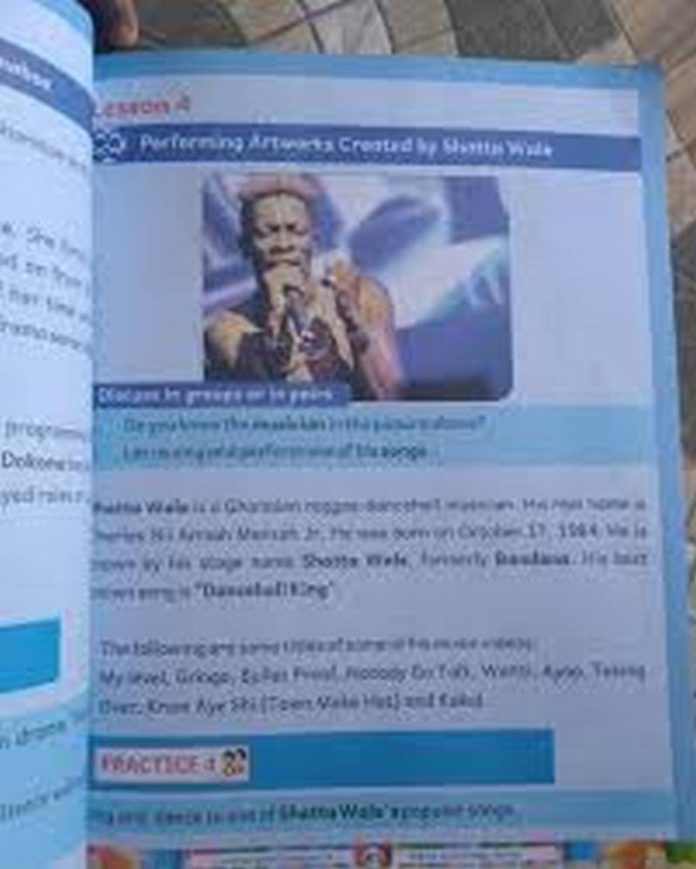 Shatta Wale has appeared in the Creative Arts textbook approved by the Ghana Education Service (GES) and published by Alpha and Omega series for Primary 4 pupils.

He has been featured in lesson four of the textbook which describes him in a short biography.

The page talks about his date of birth, his most popular song as Dancehall King, through which he became famous.

The lesson also teaches the children how Shatta Wale was formerly called Bandana but changed his stage name to his current one – Shatta Wale.

At the end of the lesson, the pupils are asked to sing and dance to one of Shatta Wale’s song.

This happens to be the first time a musician has been featured in such a national textbook.

Ghanaians were happy for Shatta Wale as this was the first time a musician from here got such international attention and also to be featured by a world music icon.