Dancehall musician, Shatta Wale, has launched fresh attacks against Charterhouse after being banned from the 2020 Vodafone Ghana Music Awards (VGMA).

According to him, he doesn’t expect the organisation to take so much pride in banning him and colleague musician Stonebwoy from the awards scheme.

Shatta Wale, who expressed anger through a Facebook live video, said he didn’t expect his name to pop up at the Press Conference which was organised by Charterhouse ahead of the 2020 VGMA nominations.

The Charterhouse Chief Executive Officer (CEO), Mrs Theresa Ayoade, in an interview following the indefinite ban of the two industry giants, appealed to the media to grow beyond Shatta Wale and Stonebwoy.

According to her, there are so many talents in Ghana who can equally rise to the top with the necessary push from Ghanaians and the media.

She stressed that despite the undoubted reign of the two in the music industry, it was fair to say that other artistes needed a similar opportunity too.

But reacting to this, Shatta Wale explained that, he accepted his ban in good faith, hence didn’t expect the CEO to go further to ask Ghanaians to grow beyond “Shatta Wale and Stonebwoy.”

“It is not Charterhouse that made me in Ghana. It is humbleness and respect. No one would respect you If you don’t respect yourself; make someone tell Charterhouse. They shouldn’t act like they control us. They don’t know they are destroying business. Don’t spoil someone else’s business,” he said.

Stonebwoy in an interview with Joy News’ Doreen Avio, did not take the comments lightly.

He stressed that asking people to grow beyond himself and Shatta Wale was bad advice. 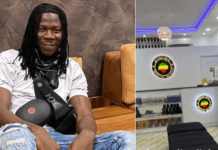 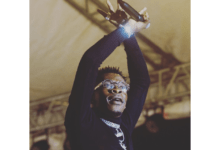 COVID-19: Now people will know there is God – Shatta Wale 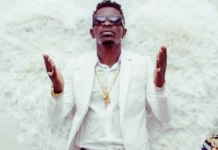 Stonebwoy defeats all as he bags Dancehall award at IRAWMA

Meet the herbalist with anti-coronavirus plant

Should you stop trying to get pregnant during the coronavirus pandemic?

What does the novel coronavirus have to do with snakes?