Sergio Ramos has insisted that he “never wanted to leave Real Madrid” after earlier bursting into tears as he says farewell to the club after 16 years in the Spanish capital.

Ramos, 35, has made 671 appearances for Real Madrid and won four Champions League and five La Liga titles, but was unable to agree a contract extension with the club.

“I would like to clarify that I never wanted to leave Real Madrid, I always wanted to continue here,” he said on Thursday. “The club offered me the chance to renew my contract, but with COVID and everything it kept being put off.

“Then in the last months the club made me an offer of one year, with a drop in salary. Money was never a problem, the president knew from my mouth that my issue was contract length — I wanted two years, for me and my family.”

Club president Florentino Perez, who oversaw the €27 million deal to sign Ramos from Sevilla in 2005, said the defender’s departure was “not an easy day”.

“You’ve been really special to me and you and I have lived and suffered through historic moments for Real Madrid,” he added.

What has Ramos said?

Speaking at a press conference, Ramos said: “I am never moved by money. It was about years – I wanted two, just to be relaxed, for my family. I felt I had earned it. But it was not to be. A new stage will begin now.

“I was never told that there was an expiry date to the offer. I thought it was just part of the negotiation – as always has happened over 16 years. But then I was told time had run out.

“I don’t know why this offer had an expiry date, without being told, while there was a negotiation. Maybe I misunderstood, but nobody had told me the offer could be withdrawn.”

Where could Ramos go next?

That is uncertain at this stage.

Ramos ruled out a move to Barcelona with a “resounding no” and revealed that he is not considering Sevilla though it is the “other club of (his) heart”.

He added: “We never thought in any moment about any other team.

“Since January I’ve been on the market, so there have been some calls to my brother from interested clubs. But we never had in mind leaving Real Madrid. From now, we will look for a good option.”

What was said at his send-off?

In a separate event before his press conference, Ramos bid farewell at the Bernabeu and started his speech, saying: “It is one of the most difficult moments of my life. You are never prepared to say goodbye to Real Madrid, but the moment has come.

“I want to thank my family, who has always been with me, also the club, the president, for all the affection he showed me, my coaches, team-mates, club staff.

“And to thank the fans, who have carried me in every moment. I’d have liked to say goodbye in the Bernabeu. But I will always carry you in my heart.”

What did the president say?

Speaking about Ramos, Real Madrid president Florentino Perez said: “Today is not an easy day, as you have been for a long time a special person for me.

How much of a loss to Real is Ramos?

Symbolically, his exit is huge. Ramos has been there for the recent consistent European success under Zinedine Zidane and has marshalled their defence for the best part of two decades.

The reality, though, might be slightly further from the imagery. Ramos has struggled for fitness over the last year, making just 15 appearances for Real in La Liga.

He also missed out on the Spain squad for Euro 2020, suggesting he has dipped down a level as he has gotten older. At 35, he might not have been worth the two-year deal he wanted.

Real will probably benefit from Ramos’ disciplinary issues no longer cropping up. He has a record 191 cards in La Liga, 20 of them red cards. That is also a record for the Spanish top flight. He is also the most-booked player ever in all major European divisions.

Yet Ramos, who joined the La Liga side for a record fee for a Spanish defender in 2005, has undoubtedly exceeded the price tag Real offered for his services 16 years ago.

The 35-year-old also has an impressive goalscoring record for the club despite his position in central defence, having notched 101 goals in 671 appearances. 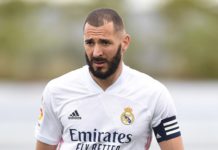 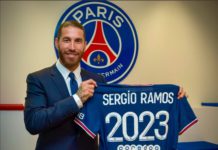 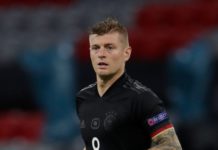 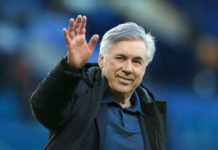 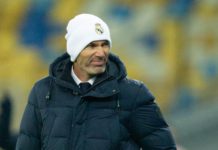