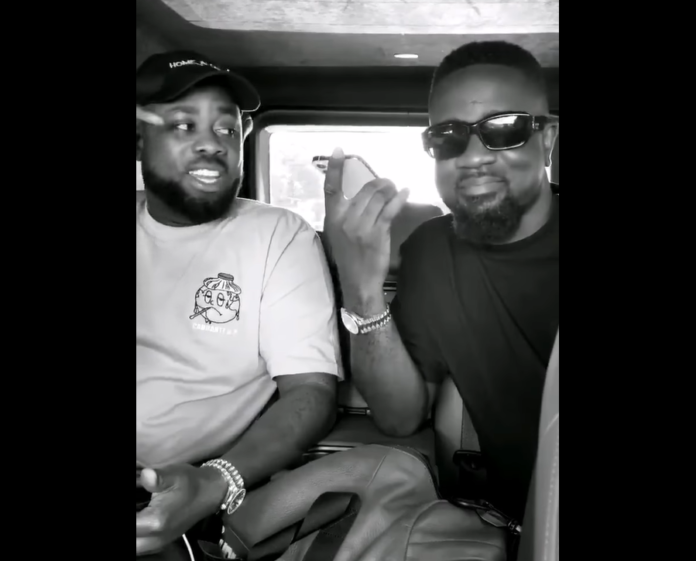 Rapper Sarkodie has released a new freestyle off his upcoming studio album dubbed No Pressure and his fans cannot keep calm over it.

The song goes a long way to teach young guys how to save their money over ladies who want to exploit them.

In the video, Sarkodie was performing the unreleased song to artiste manager and creative director KJ Spio in London as they cruise in a Mercedes G-Wagon.

The Sarkcess Record Label boss has since received props for the song which is about to hit the market.

Check out some of the reactions on social media: