The Sanitation and Water Resources Minister, Cecilia Dapaah, is blaming the ongoing water rationing in parts of the country on activities of illegal mining and sand winning.

According to the minister, persons involved in these activities have, in some instances, filled water channels with sand.

The Minister also accused ‘galamseyers’ of dumping solid and liquid waste into the rivers, a situation she says has contributed to the high cost of water production.

She lamented that the poor quality of water “is as a result of ‘galamsey’ and these have unfortunately led to water rationing in many regional capitals, especially in the dry seasons.”

In Weija, “there is sand winning going on in the catchment and this has contributed to increased turbidity with its attendant production cost.”

Speaking on the floor, she told the House that series of interventions have been put in place to address water rationing.

These measures include the replacement of weak pipelines, she insisted on Thursday, Wednesday, March 3.

However, the Minister did not rule out operational challenges such as intermittent power supply, obsolete mechanical equipment and their contribution to the country. 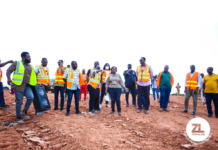 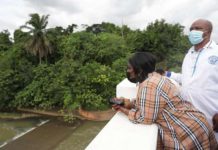 Covid-19 lockdown: Registered water sellers to be paid commissions at the end of the month – Sanitation Minster