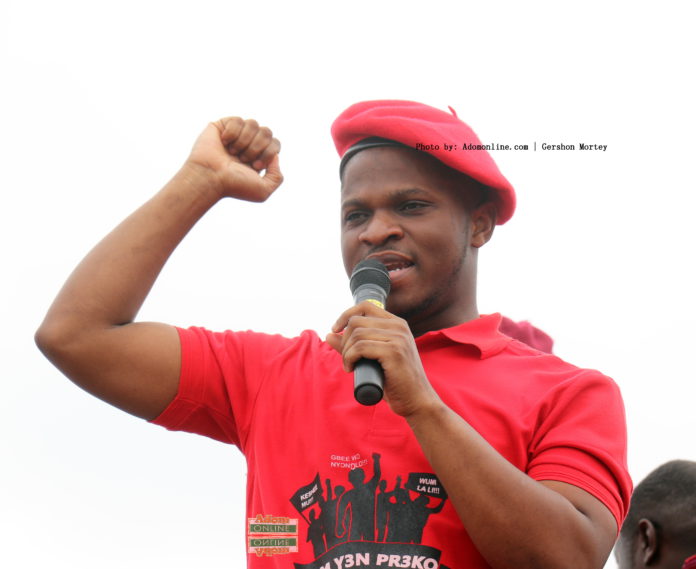 The National Democratic Congress (NDC) has mounted a spirited defence for the action of its running mate, Professor Jane Naana Opoku-Agyemang for her role in seeking clemency for the famous Montie 3.

The party’s National Communications Officer, Sammy Gyanfi has described her action as that of compassion and not an endorsement of vice.

The trio had been jailed by the Supreme Court for threatening then Chief Justice and scandalizing the court.

According to the party, while Prof Opoku-Agyemang did not support the trio’s action, she signed the petition to mitigate their harsh custodial sentences after they had served six weeks in prison and had paid GH¢10,000 each as fines for scandalizing the court.

Prof. Jane Naana Opoku Agyemang in 2016 joined hundreds of senior NDC members who signed a petition to get then president Mahama to pardon the trio which he did.

Following her announcement as the running mate for the NDC Flagbearer for the 2020 election, the opposition NPP has resurrected the issue, citing it as one of the reasons why she shouldn’t be considered for the high office of a Vice President.

But addressing a press conference in Accra, Mr Gyamfi said Prof. Naana Opoku Agyeman’s decision to sign the petition doesn’t in any way mean that she endorsed their unfortunate comments as the NPP would have the world to believe.

“It must be noted that the woman we are talking about is a responsible and caring mother of three and a loving grandmother. Good mothers are known to forgive their children when they go wrong, and after they are disciplined.