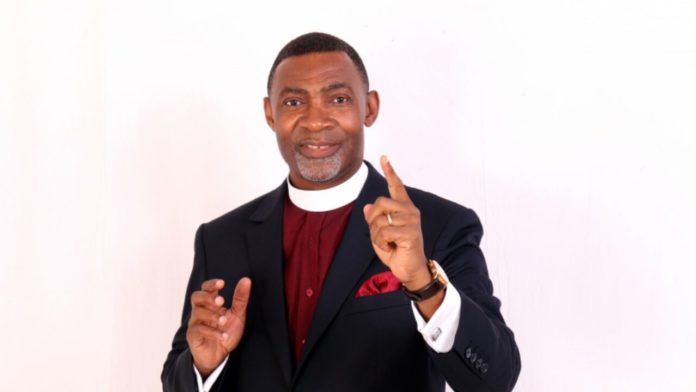 The founder of Worldwide Miracle Outreach, Rev Lawrence Tetteh has vowed to support the taxi driver, David Ackon who returned an amount of GH¢8,400.00 to a fishmonger who forgot her money in his taxi with a brand new car.

His motivation to support the driver is due to the zeal and selflessness shown by Mr Ackon.

“I am happy to support him in any way. If he is going to buy a new car, we can help him with the difference to get a good car. This is a moral story. These are things we need in Ghana. This is not a greedy person ……at the back of somebody’s expense. I need to support him” Rev. Tetteh said.

Driver Ackon became a topic for discussion on social media platforms, after the Editor in Chief of the Fourth Estate, Manesseh Azure Awuni called on prominent people in the country to support the driver beyond words of appreciation.

A number of people reached out to help. Among them was the Vice president, Dr. Mahmoud Bawumia who donated GH¢20,000 to reward Mr. Ackon for his honesty and exemplary show of integrity.

Speaking with Kafui Dey on the GTV Breakfast Show, Rev. Lawrence Tetteh encouraged Vice President Bawumia to introduce the taxi driver to past and present leaders of the country to encourage other Ghanaians to emulate the act of kindness.

Rev. Tetteh thanked the parents of the taxi driver for the good upbringing.

“We should not forget to congratulate his parents for a good upbringing. This is a moral thing. His wife and all around him has helped in doing the right thing. This is what we need in the country” he opined.