A friend to the woman murdered by his husband in the United States of America (USA) has revealed why the deceased refused to report the death threats to the police.

Late Barbara Tommey, according to reports was scared her husband, Pastor Sylvester Ofori would be deported to Ghana.

Her friend, Dr. Bernard Tayler who shared this on his Facebook wall blamed Barbara for her sudden demise.

He revealed that, a day before she was murdered, Pastor Ofori nearly choked her to death but for the intervention of her brother.

“I told Barbara on Monday evening to report Sylvester to the Police for a Court restraining order against him after he choked her but she told me he doesn’t have his citizenship yet; hence I do not want to hurt him; they may revoke it” he stated. 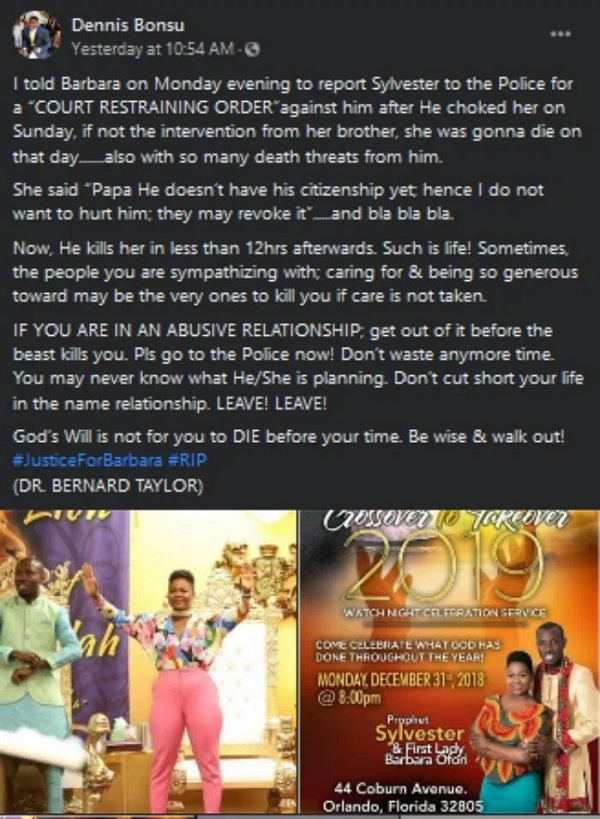