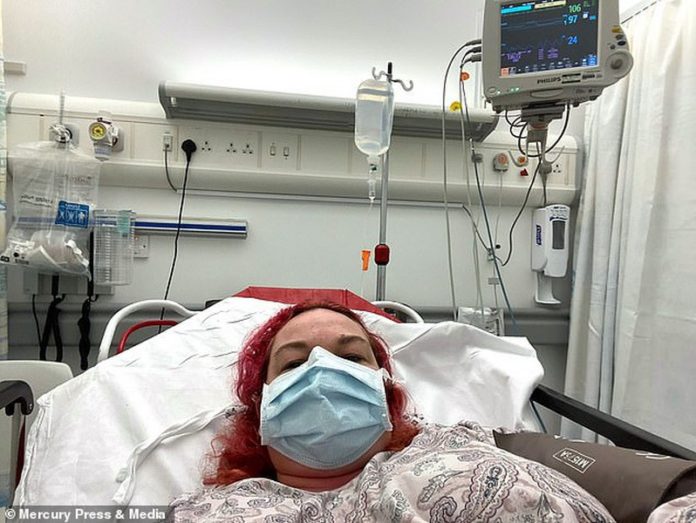 Putting patients suffering from the coronavirus on ventilators too early could do more harm than good, doctors have warned.

As the Covid-19 crisis continues, the lack of ventilators continues to be a problem for UK hospitals that are overwhelmed with patients suffering from the disease.

But now doctors have warned that the machines are being used too early for some patients and are considering changing how they use them.

According to the Daily Mail, two-thirds of coronavirus sufferers who are hooked up to the potentially life-saving machines in the United Kingdom do not survive.

In New York City, at least 80 per cent of Covid-19 patients who have been put on a ventilator have died.

Mechanical ventilators push oxygen into patients whose lungs are failing and the process involves sedating the patient and sticking a tube into the throat.

Regardless of the cause of the illness, deaths in patients receiving this treatment are common.

Experts say 40 to 50 per cent of patients with severe respiratory distress die while on ventilators.

Some health officials suggest putting pressurised oxygen into the lungs can irritate the organs and damage them.

They also suggest the ventilators, if implemented too soon, could make inflammation in the lungs worse.

“High levels of force and oxygen levels, both in quest of restoring oxygen saturation levels to normal, can injure the lungs. I would do everything in my power to avoid intubating patients.”

Inflammation in the lungs causes fluid from nearby blood vessels to leak into tiny air sacs in the lungs which in turn makes breathing harder and cuts off the supply of oxygen to the organs.

When patients’ levels of oxygen plummet, doctors will turn to ventilators as a last resort.

But according to Stat News, doctors are panicking and intubating Covid-19 patients sooner because the virus causes their blood-oxygen to fall to critically low levels.

Dr Cameron Kyle-Sidell, who is a critical care doctor in Brooklyn, New York, likened the symptoms of the disease to “altitude sickness”.

The medic has been vocal in social media where he has called for ventilation techniques to be used in a slightly different way.

He says that Covid-19 doesn’t act in the same way as another type of respiratory illness known as Acute Respiratory Distress Syndrome (ARDS).

Therefore, he believes that means that treatment should be different too.

Dr Kyle-Sidell tweeted: “Everyone in the medical field… Patients need oxygen not pressure. Covid-19 is not ARDS.

Dr Luciano Gattinoni, one of the world’s experts in mechanical ventilation, said that while the devices help patients breathe better they could cause lung damage due to the high pressure.

He urged doctors to take extra care when diagnosing patients, adding that ventilators should only be used when needed and as sparingly as possible.

As far as the variation in lung X-rays goes, Dr Gattinoni said he thinks that the problem may lie in the intricate vessels of the blood vessels of the lungs.

He said that when lungs become damaged, the vessels that carry blood through the vital organ shut down.

It means that the blood moves to another area that is still functioning properly.

However, Dr Gattinoni believes that some Covid-19 patients are unable to do this, so blood continues to flow through damaged parts of the lungs.

Some patients may feel like they’re taking good breaths but their blood oxygen is unknowingly dropping at the same time.