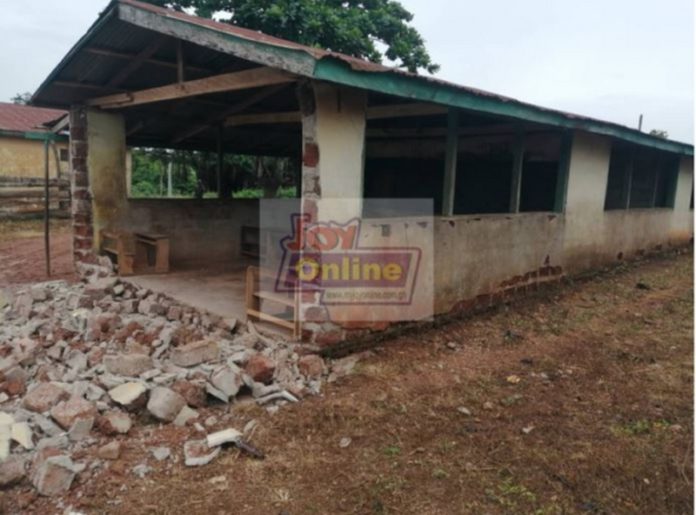 Parts of Amanin M/A Primary School in the Offinso municipality in the Ashanti Region have collapsed after a heavy downpour on Friday.

A teacher of the school stated that due to the poor condition of the building, the pupils were asked to leave as soon as the weather became cloudy.

The teacher added that immediately after the students left the building, it collapsed.

According to the teacher, the current state of the building poses a death trap.

“It will frustrate the students if we return to continue academic activities.”

The teacher also bemoaned the numerous challenges that the community faces. The instructor noted that the village lacks basic amenities such as electricity, water, poor network connectivity, and poor road infrastructure.

As a result, he pleaded with authorities and the government to come to their aid, stating that several appeals to renovate the school had been to no avail.