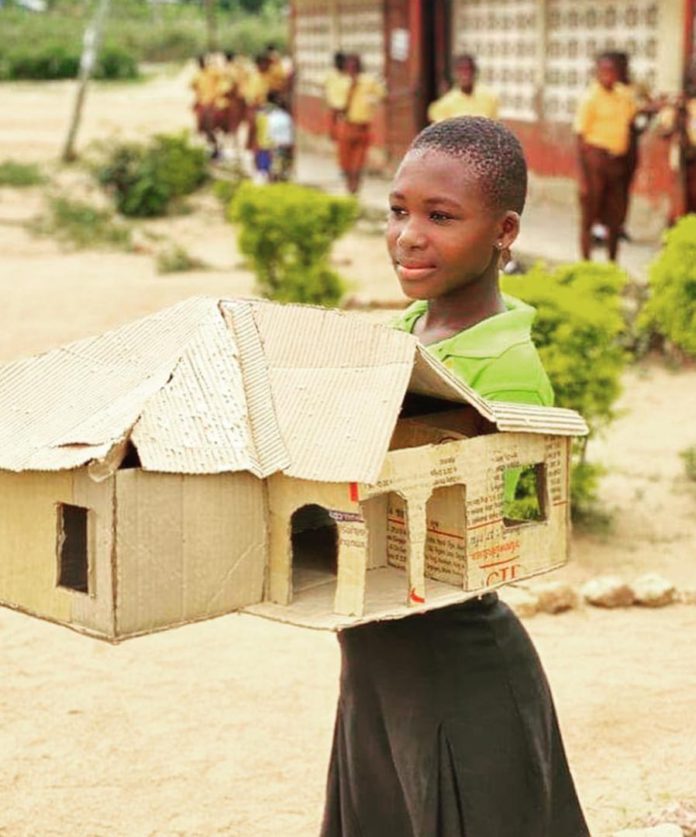 A primary six pupil of Kwaku Panfo M A Basic School in the Ga South Municipal Assembly, Franklina, has exhibited her civil engineering skills with the creation of an architectural model house from cardboard.

According to her teacher, Mr Kwafo Nkrumah, the girl likes to put things together and be experimental.

He said Franklina is very talented with creative arts and science.

“She is good in her field despite her inability to express herself and her appearance of timidity,’’ the teacher said of her.

But there are a few girls like Franklina who are doing well in these fields to encourage other girls that it is possible to compete with the boys.