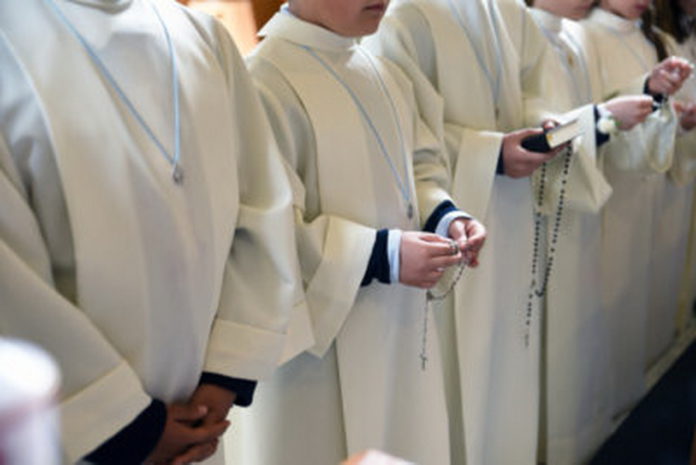 Dozens of Catholic priests in Germany plan defy the Vatican and bless homosexual partnerships, with many set to live-stream the blessings online.

In March, the Vatican decreed that the Catholic Church cannot bless same-sex marriages. In response, more than 230 professors of Catholic theology in Germany – and other countries where German is spoken – signed a statement protesting the decision, the Associated Press reports.

In a statement, the group declared that the decree “is marked by a paternalistic air of superiority and discriminates against homosexual people and their life plans.”

Now, dozens of priests in Germany have vowed to defy the Vatican. “In view of the refusal of the Congregation for the Doctrine of the Faith to bless homosexual partnerships, we raise our voices and say: We will continue to accompany people who enter into a binding partnership in the future and bless their relationship,” the group said in a statement.

A group of dissenting priests has also compiled a list of church services that will take place nationwide on or around May 10, where priests will publicly bless gay couples. Many of the services will be live-streamed.

St. Marien-KircheNordstraße said they will hang a banner above the main entrance of the church: “You love each other? We bless you!”

“This is how it should be: We would like to celebrate and bless the gift of love with everyone ‘who love each other,’ all couples, friendships, love relationships. All who reflect the colorfulness of God’s love in their lives!” the church said in the description for their event, which will be held on May 9.

St. Gertrud Bochum Wattenscheid will hold an online church service via Zoom. The topic of the youth service: “Love is love … in all its diversity. And we celebrate.”

“A blessing service for all lovers – we don’t exclude anyone!” reads the description for the event at St. AntoniusHolsteiner Straße.

While the Vatican holds that gay people must be treated with dignity and respect and can be blessed, gay sex is “intrinsically disordered.”

Catholic teaching holds that marriage, a lifelong union between a man and woman, is part of God’s plan and is intended for the sake of creating new life.

Same-sex marriage is a sin, and God “does not and cannot bless sin: He blesses sinful man, so that he may recognize that he is part of his plan of love and allow himself to be changed by him,” the Vatican said in a statement in March.

In their statement, the group of dissenting priests said they do not refuse blessing ceremonies. “We do this in our responsibility as pastors, who promise people at important moments in their lives the blessings that God alone gives,” the statement rads. “We respect and value their love, and we also believe that God’s blessings are on them.”

The group said they “do not accept that an exclusive and outdated sexual morality is carried out on the back of people and undermines our work in pastoral care.”

Birgit Mock, who is on the Central Committee of German Catholics, thanked the pastors who have signed the statement. “It shows how deeply you feel rooted in our church,” Mock said, adding that the group understands “sexuality as a positive force” and they “want to anchor this in church teaching.”

“Stop signs from Rome don’t help,” said Mock. “On the contrary: We need an honest theological discussion; we have to — finally — recognize as a church that sexuality is part of life. And not only in the marriage as man and woman, but in all loyal, dignified and respectful love relationships. Everything else is no longer up to date. And also does not correspond to our image of God.”

“We can trust that God loves us as we are created. And that he has long been ‘there’ in love relationships,” Mock said.

In March, a group of Austrian priests who have distanced themselves from the Catholic Church also criticized the Vatican’s decree.

The Austrian Priests’ Initiative, a group of priests leading a campaign of disobedience against the Vatican, vowed to continue to bless same-sex couples.

The initiative, also known as Pfarrer-Initiative, said in a statement its members “are deeply appalled by the new Roman decree that wants to prohibit the blessing of same-sex loving couples.”

“This is a relapse into times that we had hoped to be overcome with Pope Francis,” the group’s statement continues. “In solidarity with so many, we will not reject any loving couple in the future who wants to celebrate God’s blessing, which they experience every day, in a church-service.” 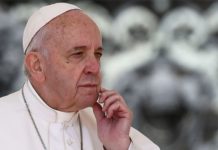 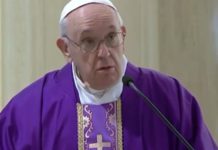 There is no hell – Pope Francis