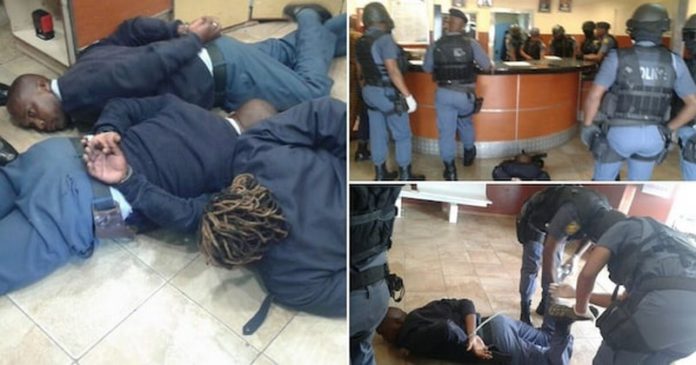 The ban on alcohol has been giving South Africans chest pains, and it appears even the police officers are trying to get their hands on some booze.

In an official statement released on Monday, April 20, the SAPS confirmed that five police officers working at the Namahadi Police Station in Phuthaditjhaba in the Free State Province were arrested for disregarding the alcohol ban during the lockdown.

The statement revealed the five officers, including a police reservist, were allegedly part of a group drinking booze at a tavern on Saturday, 18 April.

Photos of the members’ arrest had gone viral on social media and the SAPS management said it’s not “proud” but added the arrest was necessary.

The tavern owner, 44, was also taken into custody for disobeying the regulations on the prohibition of the sale of liquor.

The statement added: “All liquor was seized and the tavern shut down. The police officials will be charged with Defeating the Ends of Justice and failing to enforce and adhere to the National Disaster Management Regulations.”

The post generated a reaction from both South Africans and other African countries.